The Law of Vibration 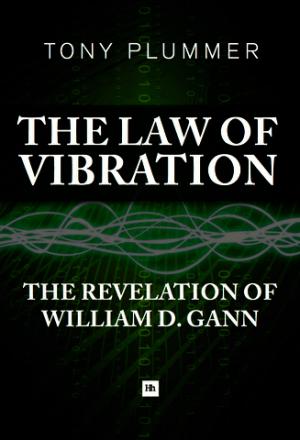 The name William D. Gann inevitably evokes a variety of responses ? ranging from irritation that people can still believe any of the claims that are associated with him, to enthusiasm for his ability to evoke in traders a certainty that they can be successful. For many years, my own attitude has fallen somewhere between these two points of view. On the one hand, I have always thought that there was a great deal of truth in his claims that he had access to a great secret; on the other hand, I doubted that his extant material actually revealed that secret. Indeed, I have long suspected that Mr. Gann did have access to uncommon wisdom but that later in life, and because of his religious convictions, he tried to deflect public attention from the more esoteric aspects of his understandings. Whether or not this is true, he nevertheless buried the central pattern of the Law of Vibration in his rather strange book, The Tunnel Thru The Air. He may have done so, and then wished he hadn?t; or he may have purposefully buried it for some future use. We?ll probably never know.
That the pattern hidden in Tunnel is associated with a general Law of Vibration can be deduced from the fact that he was not the only person to have used it. Mr. Gann himself persistently maintained that his original source was Chapter 12 of St Matthew?s Gospel in the Christian Bible. As strange as it may seem, it turns out that a very similar pattern was hidden exactly where Mr. Gann said it was. The key that turned the lock was a realisation that St. Matthew had used the ancient science of numbers, known as gematria, in his work. This means that knowledge of the pattern behind the Law of Vibration is at least 1,900 years old. The anomaly, however, is that there is no (obvious) indication in St. Matthew?s work about how the ?Law? was supposed to work. So, what was its purpose?
Part of the answer is that a simplified version of the pattern was used by the great mindfulness proponent George Gurdjieff, in the early years of the 20th century, to demonstrate the inner workings of cyclical behaviour. Furthermore, Mr. Gurdjieff also hid the advanced version of the pattern in one of his major books. There is no clear evidence that Mr. Gann and Mr Gurdjieff ever met, but the parallels between the two men are quite striking: they lived at the same time; they both promoted meditational practices; and their paths may well have crossed in the US. What is particularly striking is that both men used exactly the same method of hiding the pattern in their books.
So what is this pattern? My work over the years had already revealed that cyclical activity in collective behaviour was not only a fact but also that it had a very specific configuration that was different to the sine wave model that was usually used by cycle analysts. In particular, I found that cyclical behaviour normally contains a sharp fall somewhere between one-third and one-half of the cycle?s length. This I had called an ?energy gap?. My research also suggested that the whole pattern was a reflection of the processes of learning and of evolutionary change. My inference was that collective behaviour, both in financial markets and in economic activity, oscillated in a way that reflected an adjustment to information from the environment. The pattern itself is shown in the diagram below (The notations are mine, not Mr. Gann?s.)
An information shock is received from the environment, and the system begins to respond. However, it has to go through a phase of absorbing the information; and so activity slows. This is exactly what happens when an individual is learning a mechanical task. In a financial market, the configuration might be the initial jump from the oversold low in a bear followed by a re-test of that low. After this, the collective grouping can actually implement its learning without wasting energy. This is the trend in a bull run.
The insight from this pattern of vibration, however, is that the application of learning (or the bull run) is not going to last forever. Eventually, the system does run out of energy. In a bull run, prices will eventually run ahead of fundamentals. What seems to happen is that an unchanged system basically gets stressed and vulnerable to an energy gap. In a financial market, therefore, short-term exit signals have longer-term implications; prices reverse suddenly and drop a long way. It is possible to see this process at work in major financial crises, including that of 2007-09. But it also happens all the time on a smaller scale. Elliott Wave technicians, for example, might come across it at the beginning of a 4th wave correction.
The point is, however, that this is not the end of the pattern, or of the cycle: the system is dislocated, but not broken; and a financial market becomes very oversold. There is then a recovery. Participants re-apply their learnings from the original information shock and its aftermath, and genuine evolution starts to occur as resources that have been released during the energy gap are re-assigned. This recovery has a three-wave profile, which continues until the energy again runs out. Then comes the final downswing of the cycle. In financial markets this is the bear that very few expect; in the economy it is the ?second dip? to the recession.

Not surprisingly, of course, this pattern of vibration is not always easy to identify. It is, for some reason, easier to find in commodity markets and in inflation indices than it is to find in equity and bond markets. I suspect that this has something to do with the primal nature of inflation, which seems to be more prone to what economists call ?exogenous? shocks. Equity and bond markets ? and, for that matter, economic activity ? usually reflect a pattern that is instead a derivative of the learning cycle. If the learning cycle were to be expressed in absolutes, the derivative pattern would be expressed in terms of momentum. What this means is that, in effect, the learning cycle becomes stretched out into an information shock followed by three sub-cycles. The sub-cycles are of equal length, but each has a different (evolutionary) role to play. It is these sub-cycles that conventional cycle analysts can most easily identify. The catch, however, is that they have to be separated from the information shock, which is why analysts can become so frustrated when the oscillations of a well-researched and reliable cycle suddenly seem to disappear.
This configuration ? of an information shock followed by three cycles ? was, perhaps, one of the most intriguing aspects of Mr. Gann?s own pattern. His original pattern takes the same overall shape as the learning cycle shown above, but it is much more complex. This was the clue that there might be other information hidden within it; it is, in effect, a carrier wave. And, when his pattern was translated into a momentum series, the classic pattern of a shock followed by three cycles became readily apparent. In practical terms, it is always necessary to isolate the information shock (which invariably is a sharp rise followed by a contraction); however, having done that, it is useful to average all the sub-cycles together. First, the averaging process should reveal the same archetypal pattern as the learning cycle (and isn?t that in itself extraordinary?). Second, it is then possible to plot the evolution of the current cycle against that average.
An example of this process is shown below. The chart shows the US equity market, as represented by the DJIA. The heavy line is the average of eight 10- to 11-year cycles (ie, after eliminating the information shocks), dating back to 1910; the thinner line with the triangular marking is the last complete cycle, which ran from September 2002 to October 2012; and the dotted line is the expected pattern. The correlations are remarkable, even if they are only going to be used as a general guide to energy trends. What the comparison tells us is that a big cycle ended last October ? which is why the market has subsequently jumped so sharply ? but that the move since then is almost certainly part of an information shock. Such shocks have the standard pattern of an advance followed by a very deep contraction, and they tend to last about 40 months. My research suggests that during the advance phase of a shock period, there is likely to be an interim contraction that will be worth trading; but, at the moment, the target date for the beginning of a cyclical bear centres on early 2014. I shall only change this view if my long-term stops are prematurely triggered.
The presence of a specific pattern that reflects a response to information can be taken as the signature of life. If so, it opens up huge scope for research in other disciplines, such as sub-atomic physics and cosmology. Imagine what the implication would be if the same pattern were to be found in the evolution of galaxies. In addition, it is worth adding that close analyses of Mr. Gann?s pattern, of George Gurdjieff?s pattern, and of the methodology used by to hide St Matthew?s pattern, reveals some startling new insights into financial market behaviour. It appears, for example, that the idea of ?squaring price with time? that is associated with Mr. Gann is different to that which is commonly used. It also seems that Mr. Gann?s support and resistance levels are derived ? with very good reason ? from the musical octave. For Gann enthusiasts, they are worth analysing in more detail.