Where Do Investment Legends Look For Bargains 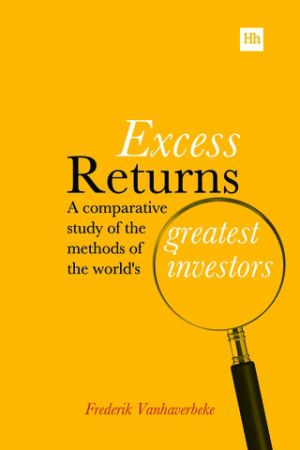 Where do investment legends look for bargains?

In their search for market-beating returns many investors resort to advice from analysts and brokers. They listen to the tips from their friends and family. They buy shares in hot IPOs. Or they look for companies with a fascinating story that are featured in the financial media. They can hardly be blamed, because it cannot be denied that finding interesting ideas in stockmarkets with thousands of publicly traded companies is a daunting task.

Unfortunately, the greatest investors in the world have repeatedly warned that it is not a good idea to invest in companies that look flashy or that enjoy a lot of popularity among market participants (including professional investors and analysts). So, where do these successful investors look for potential bargains? When examining the types of stocks that they tend to like, it is striking to see that they all seem to fish in the same pockets of the market. And these pockets are not the ones that the average Joe is looking at.

Investment legends like Benjamin Graham, John Templeton and Warren Buffet realised many decades before behavioral finance became a respected academic discipline that systematic psychological errors tend to create market inefficiencies. They reasoned that herding behaviour, the tendency of people to extrapolate past trends, the asymmetric loss aversion (the fact that a loss hurts twice as much as a similar gain), and the overreaction bias (the tendency of people to overreact to bad news) are strong forces in the market that can push unpopular stocks far below their fair value.
Avoiding the crowd

Based on this insight - and on the fact that this phenomenon is even further reinforced by the numerous momentum traders and short-term speculators that chase price trends - many of the world's greatest investors look for interesting ideas among stocks that are beaten down by the market due to bad news (think BP (BP.) after the Deepwater Horizon oil spill in 2010), that are despised in the corporate world, or that are even believed to be close to financial distress. "People are always asking me where the outlook is good, but that's the wrong question," said John Templeton in Investing the Templeton Way. "The right question is: Where is the outlook most miserable? The obvious application of this concept in practice is to avoid following the crowd."

Prem Watsa, an astute investor who is often called the Canadian Warren Buffet, recently invested heavily in the beaten-down tech company Blackberry (BBRY) when its survival was highly debated after massive market share losses in its smartphone business. In his latest letter to shareholders, Prem Watsa mentioned that at the moment Twitter (TWTR) went public Blackberry's market cap was six times lower than that of Twitter whereas it generated more than 10 times the sales of Twitter. Prem was convinced that the market vastly underestimated the potential of Blackberry's business ex-smartphones.

In the same vein, the late father of value investing, Benjamin Graham, was always on the lookout for companies that once fetched sky-high valuations but that had crashed when they were unable to deliver on the market's unrealistically high expectations. He reasoned that the vast underperformance of these company's stocks can be so frustrating that even the most hardened buy-and-hold investor is likely to throw in the towel. A good example of a class of stock that meets this criterion and that is actively mined by top investors like Steven Romick and Paul Sonkin is that of the busted IPOs. These are companies that were once hot IPOs but that have turned cold since.
Special situation stocks

Other stock types that top investors (especially Joel Greenblatt and Seth Klarman) pay much attention to are the so-called special situation stocks. These are stocks that are distributed to stakeholders after a special corporate event. Examples are merger securities, preferred shares in "going private" transactions, new shares of companies that emerge from bankruptcy, and spin-offs.

One of the reasons why special situation stocks offer high investment potential is that people who receive the new shares are inclined to get rid of them. Many do not understand what they are. And they are not even interested in finding out as the position is usually too small to justify a lot of research time. Or they feel uncomfortable holding on to it because they never had the intention to have that stock in the first place. Professional investors may even be forced to sell as the new stock can violate their investment charters. Indiscriminate selling irrespective of price by all these disinterested investors can push the stock price far below its fair value.

A second reason why special situation stocks tend to be interesting ideas is that the underlying company often is more attractive than most people realise. Spin-offs, for example, are usually groomed by the corporate leaders of the parent so as to benefit the stakeholders. They are given or sold to the shareholders of the parent company. So, managers that want to keep their job have a vested interest in the success of the spin-off. They even have every incentive to pursue a low to reasonable transaction price to ensure that the shareholders of the parent company are happy with the price action after the transaction. Likewise, a company that emerges from bankruptcy has usually many of its issues (i.e., legal claims, high debt load, etc.) sorted out such that the new business may be very different from the old one.

Apart from negative-sentiment and special situation stocks, many top investors also cherish companies that have low institutional ownership and that are covered by very few analysts. Peter Lynch - author of "One Up On Wall Street" and "Beating the Street" - was, for instance, thrilled when he found a company that was covered by not a single analyst. The fact that little money is chasing these stocks and that few investors are looking at them implies that pricing can be far removed from that stock's true value. Some types of stocks that are often ignored or shunned by the investment community are: small companies, dull and unfashionable businesses, complex businesses, and companies about which there exists little information.
Insider buying

An industry that many people ignore but that is often targeted by top investors is the burial industry. For instance, one of Peter Lynch's favourite all-time stock picks was the burial service company Service Corporation (SCI) International which gained about 1000% between 1980 and 1990.

Finally, and having said at the beginning of this article that following the advice of brokers, analysts, tipsters, family and friends is seldom the road to riches, certain types of tip-offs can be very rewarding. Insider buying is a nice example. The massive and coincident buying of stock by top insiders (especially by the well-informed CEO and CFO) can be a strong sign that something good is about to happen to the stock. According to legendary fund manager Anthony Bolton, insider buying is even more significant when it happens after a sharp rise in the company's share price as this signals that even more upside is in store.

Another type of tip-off that may point to interesting stock ideas is ownership by an activist investor. Activist investors do their homework thoroughly because they have to commit a considerable amount of money if they want to force their will on the company they target. And through the changes they enforce they often create value. So, companies that are targeted by activist investors with respectable track records (think Carl Icahn, Bill Ackman, and Dan Loeb) can be excellent starting points for further scrutiny.

Studies confirm that the odds are in the investor's favour with the types of stocks discussed in this article. Spin-offs (in aggregate) appear to be excellent investments over the long term. Stocks that are held by activist investors tend to outperform the market. And it has also been known for quite some time that stocks in the doghouse are much better investments than popular and hot stocks. The above list of potential bargains is, however, by no means exhaustive. We refer the interested reader to my book Excess returns: a comparative study of the methods of the world's greatest investors for an in-depth discussion of the topic. Nevertheless, the main lesson is that stock ideas with uninformed, emotional or forced sellers, or with informed buyers are good starting points for further due diligence. Investors who are not deterred by some sleuthing may even take a closer look at companies that are analytically complex or about which there is little information.

Finally, smart investors read the financial press, they listen to the financial media, and they look to the world around them with an exceptional sensitivity to the investment ideas discussed in this article. They always wonder why a stock should be undervalued before they start digging deeper. And they may design stock screens that generate lists of potentially valuable ideas like the ones discussed above.

Frederik Vanhaverbeke is a Belgium-based bond portfolio manager with considerable expertise in the areas of stock investing, company analysis and accounting. A thorough knowledge of best practices in the field of investing means he has beaten the market by a substantial margin over the past ten years.