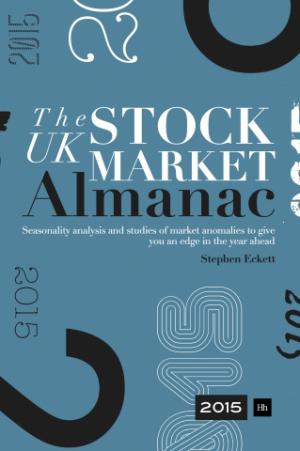 Summer is typically more pedestrian in terms of share price performance. However, after extensive research, Interactive Investor has uncovered two seasonal portfolios which have significantly outperformed the wider market over the summer months for the past decade.

Like our hugely successful Winter Portfolios, the summer version is incredibly simple. All it requires is that investors buy a portfolio of stocks on Friday 1 May and sell it on Friday 30 October. The beauty of this portfolio is that investors are guided by both a defined entry and an exit point, which takes the stress out of trying to time the market.

As before, we teamed up again with Harriman House, publisher of The UK Stock Market Almanac, to create two model portfolios. First, we screened the FTSE 350 for those stocks which had delivered the most positive annual returns over the entire previous 10 years. The result is Interactive Investor's Consistent Summer Portfolio - our Summer Smoothie - which has averaged annual growth of 8.9% since 2005. The FTSE 350 benchmark index is up an average of just 0.3%.

Fine-tuning the data to include companies with a minimum of eight years as a FTSE 350 company, and which still generated positive annual returns 70% of the time, generated even bigger potential profits. With greater potential reward comes extra risk, hence the naming of our Aggressive Summer Portfolio ? the Summer Sizzler. It has outperformed the benchmark index every year for the past decade, this time by an average of 17%

Here's a round-up of the highlights and lowlights from the first month of this six-month strategy.
Market round-up

Our model portfolios began life at a particularly awkward time for UK equities. One of the most closely-fought general elections of recent times was just a week away, and investors were jittery. Could Labour wrestle power from the Conservative/LibDem coalition? Would the SNP or even UKIP play kingmaker?

Share prices were volatile, but in the end a majority victory for the Tories was the right result for the Square Mile. Having hit a one-month low on polling day, the FTSE 350 soon traded near a record high at 3,900. However, concerns about US interest rates and a possible Greek exit from the eurozone meant numerous attempts to break above that big figure failed, and the benchmark index ended May up less than 1%.

Our model portfolios, we're pleased to say, did rather better.
Consistent Summer Portfolio

With a Tory government in place, a pair of star performers meant our Consistent Summer Portfolio grew 2.6% in May. National Grid (NG.) breathed a huge sigh of relief. Labour's plans to freeze energy prices were well-flagged, and there were concerns about what else might be in store. Full-year profit, confirmed by the power transmission network late last month, beat consensus estimates, and the shares ended the month up over 6%.

Drugs giant and perennial takeover favourite Shire Pharmaceuticals (SHP) unveiled first-quarter numbers on the final day of April, which investors must have rediscovered given that the market's initial reaction was rather muted. But buyers chased the shares up over 5% through May to near-record highs.

As starts to a seasonal portfolio go, this year's Aggressive Summer Portfolio couldn't have started much better. Within days, Aveva (AVV) had racked up double-digit gains, and by mid-month the engineering software designer was up as much as 20%.

And, despite doubts about an already-generous valuation multiple, the shares have held onto their takeover premium. Schneider Electric, the French firm which in 2013 paid £3.4 billion for UK industrial software company Invensys, and US giants Emerson and GE are all said to be interested. Full-year results published days later were in line with forecasts - the ship certainly appears to have steadied since last September's profits warning.

Software supplier Micro Focus International (MCRO) did well, too. Six weeks ahead of annual results, management has confirmed that numbers will match forecasts. Net debt, meanwhile, fell more than expected. Buying US software rival The Attachmate Group Inc (TAG) in November will seriously beef up profits, and there's room for further improvement if Micro can get TAG's margins nearer its own. The shares rose 5% in May.

Entertainment One (ETO), the film and TV distribution firm behind the Peppa Pig children's franchise, also made good ground - up almost 4%. Full-year underlying pre-tax profit rose 13% and the company remains on track to double the size of the business within five years, a strategy set out by chief executive Darren Throop in November.

PZ Cussons appears in both portfolios, so the laggard here is BTG (BTG). Its share price fell by just under 2%, despite a 21% rise in underlying revenue to £368 million. Heavy investment meant profits declined, but it was a weaker-than-expected £1 million contribution from varicose vein treatment Varithena that split opinion in the City. Broker finnCap thinks the shares are worth just 562p, but Numis says 805p despite a lofty forward price/earnings (P/E) ratio of almost 30 times.