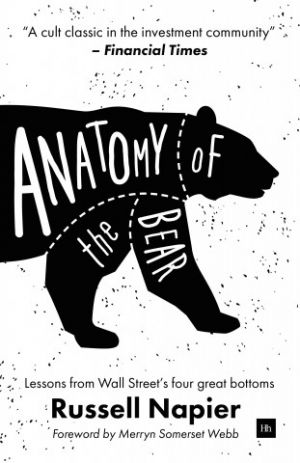 Not all bear markets are created equal. Some matter and some do not.
The technical definition of a bear market, a 20pc decline in the share index, can be of little importance if it does no long-term damage to the real purchasing power of investors.

The bear markets that destroy purchasing power, even for long-term investors, are those that begin when shares are very overvalued. That is where we start today and thus investors need to be aware that long-term damage to their purchasing power is now probable.

Investors agree on little about the future and even the past is up for much debate. So while not everyone accepts that the ?cyclically adjusted price to earnings? (Cape) ratio has been a good measure of stock market valuations, and hence future returns, many experienced investors set great store by this particular measure of value.

It would be very difficult to see stock markets elsewhere in the world, including Britain?s, not being very negatively affected by such a major decline in American shares.

While some argue that 1995-2008 represents a new normal for valuations, it is much more likely that the elevated valuations resulted from a prolonged period when the US economy produced strong corporate earnings growth while also producing low inflation and thus low interest rates.

With interest rates already at rock bottom, the impact on current elevated stock market valuations would be very dramatic indeed in this situation. This would produce a major decline in the long-term purchasing power of savings invested in the stock market.

Of course one can be wrong on both, with particularly negative implications for stock market valuations. All rapid declines in valuations are associated with the prospect of deflation, either directly or because investors foresee a collapse in the banking system which will lead us to deflation. With inflation currently close to zero, after nearly seven years of extreme monetary policy, investors need to protect themselves from a rapid decline in share prices caused by deflation.

So what evidence is there of the deflation that might act rapidly to reduce stock market valuations from expensive to cheap? Well, inflation is falling. In America it peaked at 3.9pc in September 2011 and has now declined to 0.7pc. The recent declines in the oil price suggest that inflation will decline further.
As commercial banks continue to struggle to lend money, the actions of the central banks have not led to the scale of growth in the money supply associated with previous robust economic expansions. If Milton Friedman was right and inflation is ?always and everywhere a monetary phenomenon?, the lack of growth in the money supply suggests that deflation is increasingly likely.

A low average rate of inflation hides a wide range of changes in individual prices. While some prices are rising rapidly, others, most notably those of crude oil and other commodities, are falling rapidly. For the companies and countries that rely on selling such products, the decline in revenues associated with the fall in selling prices can threaten their ability to meet their liabilities.
This fall in inflation comes despite the dramatic ?printing? of money by key central banks that began in 2009. This money printing has failed to generate inflation because it has primarily resulted in an increase in commercial bank reserves.

In other words, bankruptcy beckons for key companies and countries, with major negative consequences for the global credit system. Already Azerbaijan, Surinam, Angola and Nigeria are in talks with the IMF or the World Bank about possible emergency finance.

The market price of the bonds issued by many energy or commodity producing companies has collapsed, indicating that the market expects these countries to default on their debts. Should this impair the ability of the global credit system to finance growth, the powers of deflation would grow further.

Could all this really affect growth and inflation in the developed world? It could through its negative impact on the banking system, particularly in Europe, whose banks are very exposed to emerging markets such as Brazil (Spain), eastern Europe (Austria), Angola (Portugal) and Turkey (Italy).

The negative impact on the price of corporate bonds is already creating liquidity problems for bond funds ? two such funds in America were forced to suspend redemptions before Christmas.

While we associate a credit crisis with a banking crisis, the next one could begin with further distress in the corporate bond market as funds dump their investments in a desperate attempt to meet redemptions from investors. Any such developments would clearly have negative effects on growth and inflation in the developed world.

At current valuations, stock markets offer little promise of recovery. However, should we see the development of deflation and the likely associated recession and credit crunch, share prices could halve if they return to the levels seen in the four great bear markets.

That is a risk/reward balance that favours selling shares and waiting to buy when valuations are much more reasonable.

Not all bear markets are created equal but this one looks like a big grizzly.