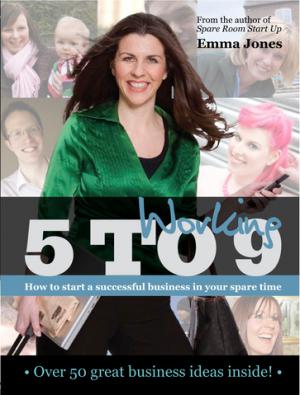 With more people on the dole now than at any time since Labour came to power in 1997 and unemployment set to keep rising, entrepreneurial Britons have turned to new money-making schemes.

According to classified ads wesbite Vivastreet.co.uk, the number of people searching for work they can do at home has increased by 142 per cent compared to 2008.

The site's CEO Yannick Pons told us: ?Our Work From Home section has been one of the most popular sections on the site over the past year, but we?ve noticed a massive spike in page views during the first month-and-a-half of 2010. Traffic has been growing month on month, and the number of new ads has also risen sharply.

?Not only are people looking for ways to bolster their incomes, it seems businesses are beginning to see home working as a more cost-effective resource than having staff on-site, particularly at a time when they need to cut spending to the bone.

"Many of the jobs people can take up require just an internet connection and phone, so it?s no surprise this segment of the market is beginning to appeal to consumers and businesses alike.?

Resourceful Britons are working from home to boost their salaries, replace lost income or keep on top of debts.

Emma Jones, founder of home business website Enterprise Nation, told us: "We come across lots of interesting home businesses. One person who is making people smile at the moment is an estate agent by day and rare breed pig farmer by night!"

Another - food lover Louise Land - started Cirencester Cupcakes from her kitchen in 2008, working 5pm until 9pm after her day job finished.

Enlisting her partner Ian as chief taste tester, she makes wedding and christening cakes as well as baking and icing exquisite cupcakes.

On her blog she writes: "It was always only meant for me to do something in the evening every now and then. But within the first two weeks, I?d received an order for 300 corporate cupcakes, on top of orders from all over the county as well as the USA."

Using Twitter and Facebook to promote her cakes, Louise's evening business soon sky-rocketed - and after being made redundant out of the blue from her day job she turned her hand to full-time cake making.

She is due to open her first shop this month.

Emma Jones said: "I profiled 60 five to niners in my book ?Working 5 to 9 ? how to start a business in your spare time? and was surprised to find that 49 per cent of people want to keep both their day jobs and sideline businesses compared to 51 per cent who are looking to give up their day jobs in the next 12 months.

"Ultimately people are wanting to earn extra income, have a creative outlet for their talent and/or safeguard against losing their job."

She added: "People choose to start and grow a business from home as it?s cheaper. There's no expense of a second office and it is more family-friendly.

"For full-time home business owners, not only do they save money, they?re also saving time by avoiding the daily commute. If you travel 60 minutes each way, you can earn one whole extra day each week by commuting from the kitchen to your home office.

"Technology is also available at such low prices and can be easily accommodated in your home which has made homeworking more feasible than ever before."

Veteran home worker Rosie Brampton, 52, from south west London has worked as a freelance translator of Austrian and German tourist and hotel brochures for 25 years. She also has a full-time office job.

She says she is not surprised by the recent boom in working from home, but says its not all plain-sailing.

Rosie told Express.co.uk: "Having worked in the German and Austrian travel trade, becoming a translator was the obvious choice when I left full-time employment to have children.

"At first it was a flexible way to earn some money - it meant I could work when the children were asleep and not have to pay for childcare.

"I actually tried to give it up when went back to full-time work but clients kept pestering me to carry on. It's an excellent way of keeping my language and writing skills honed, which are not part of my day job.

"But on the downside, the work is very irregular and it can be a pain when I have to give up
the whole weekend to work and then go back to my 9am to 5pm job on Monday.

"And I do think working from home full-time would be rather lonely. You miss out on office gossip and the chance to go the pub on a Friday lunchtime, birthday cake and that sort of thing.

"On the upside there is no commute and you don't even have to get dressed if you don't want to, but that's the start of a slippery slope that involves going round Tesco in your pyjamas!"

But a word of warning to anyone about to embark on homeworking: beware of scams. Never pay any money to companies or individuals offering to give you work and check out the Advertising Standards Authority website for more advice.