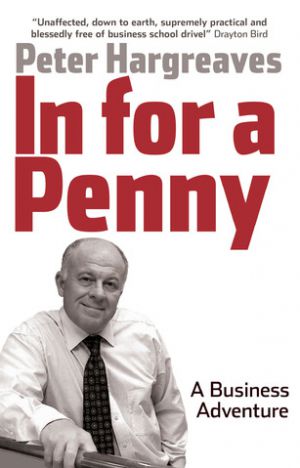 Peter Hargreaves, chief executive of Hargreaves Lansdown, talks about the phenomenal growth of his company while pointing out the limitations that hold back many other businesses in the IFA sector.
Meeting Peter Hargreaves face to face is a disconcerting experience. Famed for his tirades against the many evils he sees in financial services, his name usually appears in print alongside adjectives like ?irascible?, ?outspoken?, or ?grumpy?.
Yet in the flesh he is charm personified, despite lacking the verbal polish that often accompanies such high profile individuals ? his answers are characterised by long pauses to consider the question, and involuntary chuckles at his own jokes. His speech is a curious mix of native Lancashire burr and adopted West Country.
In fact, it?s easy to forget that he, and his long-time colleague Stephen Lansdown, are arguably one of the most successful duos in British business. The story of that success ? of Hargreaves Lansdown?s phenomenal growth from spare bedroom to billion-pound-plus market capitalisation ? is told in Hargreaves? new book, In for a Penny: A Business Adventure.
Standing out
In an industry where few companies have grown large without eventually collapsing under their own weight, Hargreaves Lansdown is unusual. As Hargreaves puts it, IFA business models just don?t scale well.
?The whole of the IFA sector is run by salesmen for salesmen. There are very, very few businessmen in the whole sector,? he said.
?In our industry, for some reason, the salesmen are paid far more than they?re worth. A far higher percentage of the sales commission that?s produced is paid to them than can make a national brokerage or IFA profitable. Because the overheads start catching up very quickly.?
Change in the business
In a sense it?s unfair to compare Hargreaves Lansdown with other IFAs, because advice is a small ? and shrinking ? part of the business. The most recent business figures show a decline in revenue from the advisory and discretionary divisions, whereas assets under management on the Vantage platform have grown substantially despite stock market falls.

Indeed, Hargreaves said his advisers now encourage their clients to manage their own affairs.
?We actually think the best investment adviser investors could have is themselves,? he said.
?We?re talking to clients, and helping them with advice, but what we?re trying to do is to help them to break off the advice and do it themselves.?
Hargreaves added: ?We?re trying to say, "we?ve put you on the right lines, now get interested in it, because it?s your money and it?s very important to you."
And that?s working rather well, we think.?
Vantage points
Few IFAs have the luxury of an in-house execution-only platform, without which advising clients not to take advice would be a somewhat short-lived business strategy.
Though a relatively recent development, having launched in 2002, the Vantage division now accounts for around two thirds of group revenue, with £9.2 billion under administration at the end of March. Beyond the obvious efficiency benefits, the technology has given the company valuable information about the investing habits of its clients.
Although FundsNetwork and Cofunds offer a similar service, Hargreaves said: ?We really haven?t got any competition at all.?

Not that he?s as pleased about that as you might expect. ?Competition?s fantastic for trade.?
?And it?s very good for the consuming public,? he added.
It is no surprise that Hargreaves Lansdown has embraced the system so wholeheartedly. Hargreaves was an enthusiastic early adopter of information technology, spending £7,000 on a word processor years before they were commonplace, and using it to rapidly expand the number of clients they could communicate with.
Critical mass
Hargreaves is not without his critics, even if they do feel the need to couch their criticism in praise of his business acumen.
Commenting on the New Model Adviser® website, adviser Derek Baptist of Nolan Baptist & Bond, described Hargreaves Lansdown?s practice of accumulating trail commission by way of a free portfolio assessment service ? which doubled as a form to transfer agency authority ? as ?underhanded?.
Meanwhile Chris Petrie of Christopher Charles Financial Services questioned whether IFAs will be allowed to collect trail commission on execution-only business post-retail distribution review (RDR).
And the company?s regulatory record is tarnished by a £300,000 fine in 2004 for its peripheral involvement in the split caps scandal ? Hargreaves said it was easier to pay the fine and ?get on with our lives? than contest it, but that ?we didn?t think we were guilty, to be honest?.
But most striking is the extent to which advisers reject Hargreaves? pursuit of scale. Jonathan Purle, director at Intethic, said the strength of the sector depended on having a large number of small IFAs, rather than a small number of large IFAs.

But Hargreaves can probably afford not to pay too much attention. Since its flotation in 2007, at which time it was valued at £800 million, the company has continued to grow at an impressive pace.
His ambition now is to enter the FTSE 100 index.
?I don?t know how many people have created a FTSE company in their own lifetime, but that would be a wonderful thing to have achieved,? he says.
He has some way to go ? the smallest constituents of the index are capitalised around the £4.5 billion mark. But given his track record, you?d be foolish to bet against him.