Starting in 2011, Jim built Entrepreneurial Spark from scratch to what has become a phenomenon in enabling early-stage entrepreneurs to create special by starting and growing new businesses. Jim believes that anyone can learn to be more entrepreneurial through a process of enablement that focuses on mindsets and behaviours. This leads to people becoming credible, backable and investable - in any walk of life.

Jim's work on enabling mindsets attracted big players to back Entrepreneurial Spark across the UK and India, including NatWest, KPMG, Viridian and Dell. He has also been recognised by Ernst & Young for his work with entrepreneurs, and has twice been included in the Sunday Times Maserati 100 list of game-changing entrepreneurs.

Jim was made an honorary professor at Glasgow Caledonian University and is a visiting professor at Edinburgh Napier University. He was awarded an MBE in 2017 for his services to entrepreneurship.

Jim lives in Edinburgh and travels extensively, enabling others to create special - and, of course, to think like a lobster. 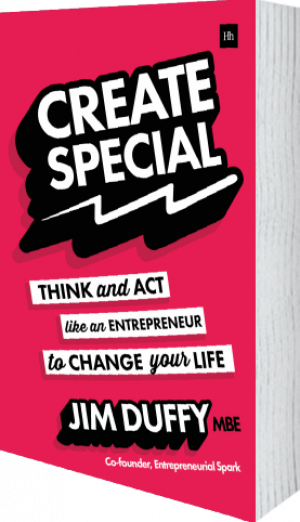 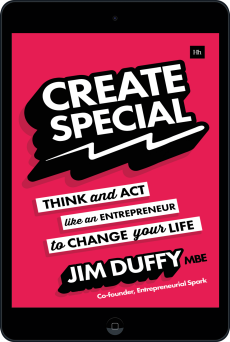