Which asset is the true safe haven? GOLD OR SHARES 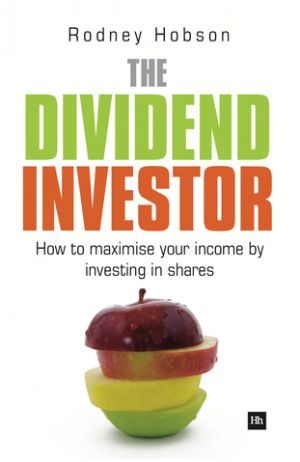 WE ARE entering an inflationary environment. This is the 1970s all over again. Across the globe governments are relaxing monetary policy. In China and India this is an attempt to keep their economies growing rapidly. In the West it is a desperate attempt to breathe life into economies which face structural issues no-one really cares to tackle. The big issue for the West is that even where we see some economic growth (the US) it is jobless growth. As for Euroland: no growth and no jobs. The response is ? and will remain ? quantitative easing.

Economists will debate which the weakest currency is. My four cats know that the euro has unsolvable issues. Sterling is due a ratings downgrade fairly soon as Britain is hugely over-leveraged. And as for the US, in some ways its balance sheet is weaker than that of Italy. The point is that what has been happening, and what will continue to happen, is undermining all paper currencies. The only currency not being printed with reckless abandon is the one whose supply is controlled by God, not weak politicians. I refer to gold.

I am prepared to accept that in an inflationary environment all solid asset classes do well when compared to holding cash. Shares will be a better store of value in the years that lie ahead than cash earning 0 per cent in the bank and losing purchasing power all the time. But if one looks back to the 1970s it is clear that shares will underperform gold when inflation really takes a grip.

There will be some who argue that the gold bubble has burst ? and did so a few months ago when gold reached $1,900 (£1,200) an ounce (it is now around $1,772). The same folks made the same claim at $700, $1,000 and $1,500 and were probably telling Gordon Brown that he was a smart cookie for selling the UK?s gold at $255/oz. Were gold simply to have tracked the price of bread since its last peak (at the end of an inflationary era) it would today be at $2,400. The bubble is not gold but the paper currencies which have been dominant since the abolition of the gold standard, despite there being ever less reason for man to have faith in them. Gold will pass through $2,000 this year and will, in due course, hit $3,000.

There is one sort of share that will prove a better bet than gold itself ? shares in gold producers. Again, if one looks back to the 1970s we see that in the early to mid stages of gold?s rise, gold stocks did very badly (as they did last year) as investors simply failed to believe the all too apparent maths, choosing not to buy stocks which ? thanks to operational gearing ? traded on ever more derisory multiples. But in the end the maths became compelling and in the second half of the 1970s gold run, gold stocks caught up and then outpaced gold itself. I would expect the same to happen this time around and look forward to a very prosperous three years ahead investing in gold or gold shares. Non-gold equities are a far better bet than cash for 2012-2014 but they are not a patch on anything gold-related.

IT?S funny how myths perpetuate themselves. During the last few turbulent months many investors have abandoned equities and switched into gold as if the stock market was a casino and the precious metal a safe haven. The opposite is much nearer the truth.

There are two major reasons for investing: to produce income and to store wealth for some time in the future. Shares in companies paying solid, progressive dividends fit the bill on both counts. Gold does not.

It is very important to recognise the remarkable power of dividends. Newspapers feed the public with daily doses of how share prices rise and fall, often commenting on how billions of pounds have been added to or wiped off the stock market, or how shares in some company or another have gained or lost millions in a single day because of one item of good or bad news.

It is easy to be seduced by these dazzling but incomprehensible figures that foster the notion that the stock market is all about making a fast buck in a gambler?s paradise ? especially in a bull market when all eyes are on rising share prices.

Similarly, if share prices plummet, the private investor is scared away, just at the time when the best bargains are becoming available.

In fact, the real money is made through solid investments that pay regular, rising dividends. The greater part of total returns for share investors over time will come from dividends, not capital gains.

In a bull market, the rise in share prices puts icing on the dividend cake. When markets are stagnant, dividends ensure that you still make money from equities. And when markets are falling, dividends offer you compensation to tide you over until the good times roll again.

To demonstrate the importance of dividends we can look at figures produced by the Barclays Equity Gilts Study, which shows that £1,000 invested in shares at the end of the Second World War would now be worth nearly £60,000, a pretty decent return in itself. However, had we reinvested the dividends our pot would have ballooned to about £1m.

Over a shorter time period, we have seen the emergence of the first Isa millionaires, people who have year by year invested their annual Isa entitlements and rolled up the dividends. These have not been large investments ? even today the annual total allowed is only £10,680 ? yet they have built up in the safe haven of the stock market.

There are many solid companies offering attractive yields of more than 4 per cent and even up to 7 per cent. They include National Grid, United Utilities, Royal Dutch Shell, GlaxoSmithKline, Sainsbury and Vodafone. I own shares in all of them. The key is to have 10-12 companies from different sectors in your portfolio so that if one hits a bad run the others can compensate.

Gold, in contrast, offers no dividend, so you are entirely dependent on more buyers coming in to drive up the price. It is easy to forget that the surge in gold has come since the millennium. For 20 years before that, the price drifted lower. When the bubble bursts, those buying now will find the effect rather painful.

Rodney Hobson is a financial author and journalist. His latest book, The Dividend Investor, is published by Harriman House.