A coalition of the complacent 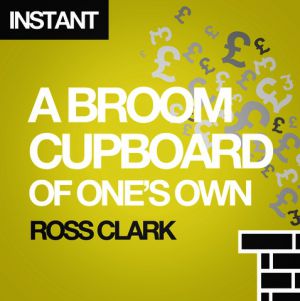 I don?t think that I am rich. I know that in comparison to the vast majority of the world?s population, I am rich. But perhaps because of my politics, or perhaps because of journalists? perennial pretence that we are tribunes of the people, I cannot see myself as wealthy, and would protest if others said that was just what I was.

And in everyday dealings with others, I don?t feel as if I?m rich. I don?t have a car. My wife and I watch what we spend at the shops. I wish I could wine and dine every night, but, alas, I cannot.

So I go on thinking that I am an ordinary member of the British middle class, until I start talking to people who are 25 years younger than me. I have learned to be careful about what I say. A couple of times, I?ve been chatting to a friend who is settling down with a partner, and thinking of getting married, and I?ve said without thinking that obviously they would be buying their first flat. They look at me much as an African peasant looks at a western tourist. I am a creature from another world. I am something they think they can never be: an owner occupier; a member of the rapidly diminishing band, and rapidly ageing, band of property owners in our supposedly property-owning democracy, who no longer worries about his accommodation from one month to the next. Whenever I have made this error, my speech has degenerated into embarrassed stuttering. I feel vulgar and cruel; as if I have been deliberately rubbing the noses of propertyless into their misfortune
Ross Clark has just published one of the best political pamphlets I have read recently ? A Broom Cupboard of One?s Own (you can download it here for £2.37 ) He emphasises how unprecedented today?s market is by pointing to the supposedly depression-afflicted 1930s. For all the suffering, a lower-middle class couple who had eight shillings a week to spare could buy a home. Clark makes his argument with an advert for the Heathway Park estate in Mitcham.

The discerning still looked down their noses at its typical 1930s? semis when I was young. But they were solidly built homes with three bedrooms, a garage more often than not, and a bit of lawn at the back. You could have a couple of kids, eat round a table, do some gardening, and have a nicer life than most people cooped up in our over-priced and under-spaced modern rabbit hutches enjoy. ?Guaranteed modern houses, brick built throughout,? the sales pitch for Heathway Park went. Yours for prices ranging from £315 to £530.

As intersting as Clark?s argument that we have constructed an economy that guarantees high prices are his proposals to ensure that people, particularly the young, have somewhere decent and affordable to live. Clark is a small ?c? conservative. (He may be a large ?C? Conservative for all I know.) He writes for the Tory press and the Spectator. He is hardly a red revolutionary, in other words. Yet try to imagine this coalition implementing any of his recommendations, and you will see the vertiginous gulf between the needs of the country and the complacency of our leaders.

Clark wants new housing development agencies to have the power to use compulsory purchase orders to buy land at current prices (rather than the vastly inflated price land with planning permission to build attracts). Nothing particularly radical about this idea. The developers of the 20th century new towns bought agricultural land at cost.

Restricted covenants should guarantee that only owner-occupiers can live in the majority of new homes, he continues. Covenants would drive down prices by stopping the buy-to-let landlords, who have inflated the market, moving in. But again this is hardly a radical measure. Mansion blocks in London say you cannot rent out your property. Meanwhile in a final attempt to make housing affordable, Clark suggests stopping Whitehall piling ever more environmental requirements on new homes, which push up the price of what ought to be cheap property at the bottom end of the market.

Away from owner occupation, he wants tenants to have the option of staying in a rented property for three years to give them some security of tenure, and for an end to the destructive policy of council house sales, which just forces the taxpayer to pump housing benefit into the pockets of undeserving private landlords.
You may disagree with some of the above. But my point is you cannot imagine the coalition implementing any of the above. We are in a housing crisis that extends from the homeless on the street well into the middle class. We have couples deciding not to have children because they do not have the space to house them. We have people paying extortionate rents and the lowest rate of new home construction in almost a century. Yet ministers just sit there like gouty old men in the 19th hole ? belching out the odd protest about nimbyism, flogging off more council homes or proposing a ludicrous scheme to subsidise mortgages, which will only push up house prices further. One might have thought that Tories in particular would have wanted to get people into homes. The housing booms of the 1980s, 1950s and indeed the 1930s sustained them in power. I assume too that the grown up children of the poorer members of the cabinet must be telling their fathers what a racket housing has become. But perhaps they?re not, because nothing ever happens

After interviewing David Cameron, Matthew d?Ancona wrote on Sunday that the prime minister wanted a second term because he was a man of destiny

It is clear that the personal has become absolutely grafted on to the strategic. If Cameron has experienced an epiphany, it is that his mission is not simply to clear up Labour?s mess but to prepare Britain for what he calls ?the global race? ? and that this will take the country, and him, many years to accomplish. A pragmatist by temperament, he has succumbed to the radicalism required by the times.

This is simply not true. Housing is a great issue of our time, and it has produced no radicalism from Cameron. The longer his government goes on the more it looks like the second Wilson administration (or the second Baldwin administration, if you want to stay in the 1930s). A government that filled the papers with political news while it was in power, but which no one missed or even remembered when it was gone, because it failed to tackle the urgent problems of its age.