CREATING RISK CAPITAL ? A ROYALTY FUND SOLUTION TO THE OWNERSHIP AND FINANCING OF ENTERPRISE 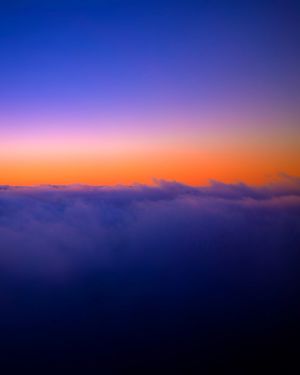 Enterprises are essential to a nation?s economy and society ? yet without risk capital, they may never get off the ground or grow. Lack of risk capital on suitable terms frustrates entrepreneurial ambition and can limit economic growth. Just as damaging, the search for finance can lead businesses into unsuitable funding arrangements ? such as excessive borrowing, which can destabilise a company and put its owners at serious risk.

Equally, if enterprises are to grow and prosper, they will generally benefit from effective, committed and knowledgeable long-term owners who are sensitive to the interests of all stakeholders. The latter include the public, especially where the enterprise is engaged in providing services, which are widely seen as public, as in the case of utilities.

Creating Risk Capital makes the case for a fresh approach, called royalty funding, to a number of recurring problems which relate to the ownership and financing of enterprise. These problems start with the provision of risk capital and the well-known equity gap facing small and medium-size enterprises. The basic problem here is how to raise risk capital on a sound basis without excessive borrowing and without losing control of the enterprise: in short, how to hire risk capital, rather than be hired by it.

The solution, called royalty funding, is grounded in the proven and familiar practice of licensing, whereby investors would own assets used by the firm rather than equity in the firm. The way it works is that businesses pay for the invested risk capital through a royalty on the sales revenues that they achieve, rather than saddling themselves with too much debt or having to dilute the ownership and control of the enterprise. This system thus benefits the enterprise and its owners and rewards investors through contracted royalties, while limiting their risk through the assets they own.

The financing problem is, however, not confined to small and medium-size enterprises, but may affect enterprises of all shapes and sizes, including even major companies, which have ready access to equity capital through the financial markets. They also include mutual, co-operative and non-profit organisations, which are generally unable to issue equity to external investors if they are to preserve their status and the distinct character and ethos it brings.

A common factor is that the classic form of risk capital ? equity ? is also ownership capital. Royalty funding addresses the financing problem which arises if those who are the most effective owners of an enterprise are not suitable investors, for example because they lack the necessary capital or the ability to diversify their risks, by enabling the enterprise to hire the risk capital it needs. In the same way, it can also address the reverse problem which arises when the most effective investors of risk capital are not suitable owners, for example because they fail to meet the responsibilities of ownership.

Such problems resonate especially today after the basic failings in management and governance, which were largely responsible for the financial crisis of 2007-2009 and its continuing fall-out. These led to emergency bailouts of major institutions and further intense pressure on small enterprises and public services alike, amid serious misgivings as to whether the problems have been effectively addressed.

Royalty funding is a grass-roots approach, which could contribute to solutions to such problems in the major market economies and in countries in the course of development or transition to a market economy.

Ian Whalley is the author of Creating Risk Capital, published in June 2011 by Harriman House.