From Vision to Exit: The Entrepreneur\'s Guide to Building and Selling A Business: Book Review 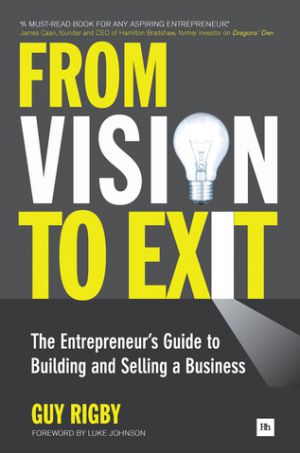 The recent, premature death of Steve Jobs brought the concept of entrepreneurship back into our economic lexicon.

Tim Kane wrote about Steve Jobs after his retirement, but before his death, in Growthology, the blog created by the Kaufmann Foundation of Entrepreneurship, said:

"The American economy has been the strongest in the world for nearly a hundred years. Its growth has been built on the innovations of great entrepreneurs like Henry Ford and the Wright brothers. Thanks to the boomer entrepreneurs, that legacy has been reaffirmed. Best of all, we now know that hard work and competitiveness are what matter, not class. Jobs represents the triumph of intelligence, of merit, over fate. You could not script the American dream with a more compelling central character."

But it's not just the American economy that has been positively impacted by entrepreneurial enterprise. Entrepreneurship has gone global.

The spotlight on a global effort to promote entrepreneurial activity to foster innovation and create jobs takes place this week starting today, November 14 and ending November 20 under the umbrella Global Entrepreneurship Week (GEW). The URL, by the way, is fittingly, www.unleasingideas.org.

GEW is the world?s largest celebration of the innovators and job creators. This initiative, launched in 2008 by former UK Prime Minister Gordon Brown and Carl Schramm, the president and CEO of the aforementioned Kauffman Foundation, now involves 115 countries with nearly 24,000 partner organizations planning more than 37,000 activities that directly engage more than 7 million people.

That it's a global movement is evidenced by the book pictured above, The Entrepreneur's Guide to Building and Selling A Business, that was recently published in the U.K. I spoke to the author, Guy Rigby, last week via Skype.

Guy said that that he's directed his book to those business owners who understand that it takes more than a great idea for their businesses to have long-term success. He knows of what he speaks.

Guy is a chartered accountant (the U.K equivalent of our CPA). He's has had an unusually varied career as a business owner, advisor to entrepreneurs, and someone who has built and sold his owner accountancy firm. He now heads up the entrepreneurial services group at Smith & Williamson, a diversified financial services group based in the U.K.

Guy says in the Introduction that "These experiences have driven me to write this book. It's not just a book for start-ups, although much of its content is relevant to them. It's main purpose is to help established businesses - those that have already overcome the initial obstacles of foundation. It recognizes that if you want to build a great business, there are a host of things you'll need to control and do better than anyone else. "

Guy's book provides a road map to building a great business. There's no short-cuts to this goal, but his book can help cut down the number of potholes, the detours and the tolls.