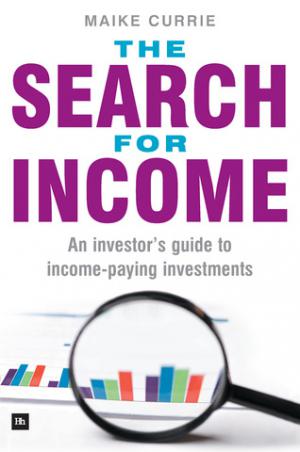 In a low growth, low interest rate environment it makes increasing sense to look at equities for income. But lower growth also implies significant earnings risk for the asset class. Against this backdrop, analysts say dividends are likely to become an even more important component of total equity returns. The prediction is that going into 2012 high dividends will remain attractive even if dividends do not grow.

"Dividends are too often overlooked as a component of total return, when in fact dividends are by far the biggest source of an investor's return," says Meera Patel, senior analyst at Hargreaves Lansdown. The graph below illustrates that the FTSE 350 High Yield Index has grown by 199 per cent over the past 15 years compared with the FTSE 350 Low Yield Index which has grown by 68 per cent over the same period.

History also shows that in periods of economic weakness, and associated equity market volatility, companies that offer a high dividend yield have performed well relative to the wider market. While this can partly be explained by the fact that it tends to be the defensive sectors that have offered the highest dividend yield, this is not always the case. In fact, according to the latest report on UK dividends from Capita Registrars, cyclical sectors (such as industrials and commodities) have significantly outperformed defensive sectors, growing dividends 23 per cent compared with the more modest (but more reliable) 10 per cent from those companies whose earnings vary less dramatically over the cycle (eg telecoms and tobacco).

Equity Income fund managers are aware of the ability of high yielders to outperform in times of low growth and preference is fast shifting towards these shares. "As equity returns are likely to be lower in this environment than during the long economic boom seen during 1980 to 2000, we believe the importance of dividend income is likely to rise significantly," says Tineke Frikkee, manager of the Newton Higher Income Fund. "During similar past low-return periods, dividend income has typically contributed around 80-90 per cent to a total return, as an increase in multiple tends to be difficult to achieve (and maintain) when future growth opportunities remain uncertain."

Ms Frikkee's views are echoed by Invesco Perpetual managers, Doug McGraw and Paul Boyne. "If we ignore the period between 1992 and 2008, which were truly exceptional given the rate at which debt and leverage grew, dividends had always contributed at least 40 per cent of total equity returns over any 10-year period. In our view, over the next several years dividends may be as important - if not an even more important - component of total equity returns than they have been in the past."

While equity income fund managers are recognising the opportunity in high yield, analysts and independent financial advisers (IFAs) are recommending equity income funds (both UK and global) for the same reasons. "Income is an important part of an investment's total return, the more so when the capital return is minimal or even at risk, as is currently the case. An income return of 4 per cent or better provided by equity income funds is a good starting point in making an investment, especially with the return on savings deposits so low," says Rob Pemberton of wealth manager, HFM Columbus.

The importance of high yield in driving up total returns is not the only reason why equity income is expected to be a dominant investment theme moving forward.

While market volatility and high correlations persist, there is a strong degree of dividend resilience. Thanks to low pay-out ratios, healthy cash flows and strong balance sheets, UK companies are in a position to maintain dividends despite the dismal macro economic outlook. It is also worth adding here that around 70 per cent of revenues in the UK are internationally sourced hence offering investors global exposure but with the sweetener of strong corporate governance.

Yet while dividends continue to grow - UK equities currently have a prospective dividend yield in excess of 4 per cent, company valuations, as measured on a price-to-earnings basis, remain relatively depressed. "Equity income is currently very underpriced with valuations attractive both on historic terms and relative to government bonds - the asset class is already pricing in an earnings recession," says Patrick Moonen, senior equity strategist at ING Investment Management.

Valuations aside, equity income remains an essential part of portfolio construction and with inflation likely to be here for a while, rising dividends will enable investors to factor in prices rises and stay ahead of these. Anna Sofat, managing director of Addidi Wealth, comments: "I like dividend-oriented businesses that will provide investors with an income stream even if there's no capital growth in the short term. You won't beat inflation through dividends alone, but over the long term capital appreciation should kick in."

Short term there are a number of factors making equity income an attractive investment choice - but there is also a longer-term factor likely to support the asset class: demographics - an ageing population has preference for income rather than capital growth.

Ian Lance, manager of the RWC Income Opportunities Fund says there is a strong possibility that the asset class could re-rate given demographic support. "Demographics suggest demand for income will increase when there is yield compression and low growth - this means that income is hard to come by. For this reason, large cap, high quality income paying equities could well re-rate over the next few years," he says.

In the US the impact of changing demographics is already visible as mounting demand for retirement income forces corporate America to adopt a dividend-driven payout policy likely to benefit yield-seeking investors for years to come.

Peter Vanderlee, co-manager of ClearBridge's Legg Mason US equity income strategy, which has been made available to retail investors via an onshore ICVC fund, says that historically US corporates have been disinclined to return cash to shareholders through dividends. But with 10s of millions of baby boomers beginning to retire with insufficient funds, American companies have been forced to change tack in the face of rising demand.

"There are around 76 million baby boomers about to retire and are doing so with insufficient savings. In addition, institutional investors such as pension plans, foundations and endowments are increasingly looking for dividend strategies to generate more income from their investments. It is already clear companies are beginning to respond to this: Microsoft, for example, recently increased its dividend by 25 per cent. But it's not just the giants doing this: we're beginning to see similar moves across the board."

Mr Vanderlee points out that, in the second quarter of 2011, US dividend payouts were up 32.5 per cent from the same period in 2010. Although many US corporates are only now succumbing to pressure to return cash to shareholders, there are companies with much longer track records of increasing dividends year-on-year. For example, Johnson and Johnson, which has increased its dividend for 48 consecutive years, and Kimberley-Clark, which has increased dividends for the past 39 consecutive years.

Rising dividends also provide baby boomers facing increased life expectancy, with inflation protection in their retirement. Mr Vanderlee concludes: "What's encouraging for them is that pay-out ratios remain low, so there is lots of room for companies to increase payouts in future. We are not at the tail end of this income phenomenon - we are at the start of it, and right now is an opportune time for investors."