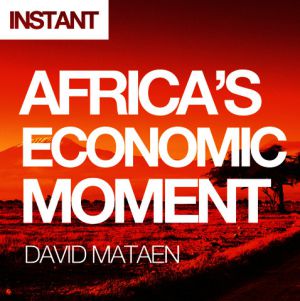 David Mataen is the head of corporate finance at Faida Investment Bank in Kenya. He is the author of Africa's Economic Moment, which presents a concise and structured investment case for Africa.

Why did you write Africa?s Economic Moment and why are you optimistic that Africa's growth will continue?

I am optimistic about Africa?s economic growth because of what is underpinning and driving it. It is the rising African consumer, his hearty appetite and the soaring power of his pocket book.

Can we expect to see continued growth of FDI inflows into Africa, and should we care whether it is short-term plays or longer term?

FDI inflows into Africa should continue for both short-term (commodities type) and of long-term (infrastructure type), sometime even reinforcing each other. There is nothing wrong with expecting and even embracing commodities related-investments. However, historically they have not caused much economic revolution, and have not been sources of widespread and long-term economic growth. Consumer markets on the other hand are a bottom-up economic revolution. They are ubiquitous, inclusive, long term and above all, they are fundamentals-driven. FDI inflows directed at infrastructure development can only enhance the enabling environment of business and render African consumer markets even more viable and investable.

Will the slowdown in Europe affect the rate of FDI into Africa?

I think it affects it positively. Capital has become truly mobile and agnostic. It has no loyalties to location, culture or traditions and only has loyalty to yield and preservation. Where Europe presides over carnage and destruction of capital and submergence of yield, Africa presides over some of the sunniest economic prospects with unbeatable long-term yields. The continent therefore becomes the natural destination for FDI forced out of barren and inclement European markets.

Which sectors do you think are most promising?

The greatest growth is in the sectors that are tapping consumer transformation along the following broad themes: rising incomes, urbanisation, economic formalisation, productivity enhancements, consumerism and single markets. The sectors which are well predisposed to these dynamics are agriculture, retail, financial services, real estate, telecommunications, transport and logistics, manufacturing and processing.

Is investment in technology and managerial skills equally important?

There is no doubt that business - in the scale it is currently being conducted - would ever have been possible if it were not for technological breakthroughs that enabled comprehensive overhaul in the way businesses are organised and overturning of the economics of profitable business endeavour at the micro level.

Human capital is by far the greatest trans-generational resource of any economy. Africa is now in the throes of a demographic dividend similar to that of Asia between 1980 and 2010. In order to be better prepared to benefit fully from this and make the most of the imminent global business and commercial shifts, African nations certainly seem keen to equip the workforce with better skills and a new and progressive worldview. Human capital development initiatives within the continent are focused on the qualitative ideals of providing skilled human resources to the growing demands of corporate Africa.

Much has been reported on Africa?s ?massive middle-class consumer?. Do you think the touted numbers add up?

At the point when household incomes exceed US$5,000 measured at purchasing power parity, consumers begin to direct more than half their income to things other than food and shelter. The continent now has around 90 million people who fit this definition. McKinsey and Co, a leading management consulting firm, estimates that by 2020 there will be 128 million households across Africa making more than $5,000 or more per year. The African Development Bank sees consumer spending across the continent almost doubling in the next ten years. It says the share of households that can afford some discretionary spending is set to grow from 35% in 2000 to 52% in 2020.

How should governments and foreign investors approach the issue of local content? Is it sustainable to set quotas, targets and numbers that must be reached?

I think it is important that Africans participate in what is going on in their communities, in their economies and in their markets. It is fair to insist on local content and indeed nurture it. Where it is not directly possible, this is where governments come in as incubators of local content, and take equity and ownership stakes, which they should later sell to locals either in trade sales or through local stock exchanges.

Looking at Asia?s experience, how do you see industrialisation playing out in Africa?

The World Bank has expressed fears on the future sustainability of the Chinese industrial model as the cheapest producer of simple, mass manufactured products for the world markets. Wages continue to increase there as the economy crosses into developed status, lifting the cost of living with it and so workers are demanding better real wages. Labour is also becoming inadequate, as workers get more skilled and one-time poorly developed regions that provided migrant workers are being transformed into bustling investment destinations. There are also genuine expectations that the Chinese authorities may not continue to artificially hold the Yuan low in response to persistent calls for its appreciation from trading partners such as the U.S. and Europe.

African governments are improving transport infrastructure, extending and unclogging transport corridors, deepening and modernising seaports, and streamlining customs procedures. Vast new power capacity is scheduled to come on stream in phased commissioning of long pipelines of power plant development. In all likelihood, China seems eager to pass on the badge of ?factory to the world?, and Africa is positioning itself to receive it. Whether it gets it in one piece or a piece of it, Africa is inarguably poised to service the world from a manufacturing perspective. Unfortunately, it will not go to every African country indiscriminately, but rather will cluster in zones with the vision and drive for industrial excellence and world-class infrastructure to ply the logistical aspects of it. Special Economic Zones (SEZs) are already springing up in select African countries. Nigeria, Zambia, Algeria, Egypt, Ethiopia, Kenya and Mauritius are leading the park.

What is the greatest danger facing Africa?s growth in the next ten years?

The single greatest threat to Africa?s growth is the culture and attitude of government officials and civil services. The potential for policy reversals and public sector bureaucracy is inherent, particularly in policy implementation. African governments are working hard to provide an environment conducive to business, but their civil services are not necessarily the best implementers of policy, and variances between the spirit and letter of the reforms do occur. Because of this, there could be variations between the ideal and the reality, which can cause delays, loss or degrading of opportunities and increase costs of doing business.