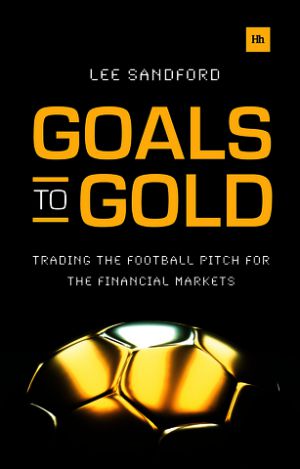 Sanford talked to Benzinga about his 17 years of playing football professionally in the United Kingdom for Portsmouth, Stoke City, Sheffield United and Reading and how he's translated his experience from the field into success in the markets.

?I've been trading professionally for 12 years now. The first two years it was a real struggle?I was a pretty good football player, and to come out of [football]; you know I retired near the real end of my career, so I was at the top of my game, and then going straight to the bottom of the latter as a professional trader really can destroy [laughs] a little bit of confidence,? said Stanford.

Confidence has been key to Lee's ability to transition from a footballer in the U.K. into a trader who makes his money trading. He says it comes down to commitment, desire, and discipline. Just like with most things, Stanford noted, it's difficult starting out with an aim of going professional.

?Thousands of young lads that want to become football players and when you're at the training pitch you see a lot of football players, but you don't see them two or three years later because they either haven't got the right attitude to do well, or they lack discipline. And I think you've just got to do the opposite of what most people do. Most people quit and don't continue on the journey to try and be successful and it's the same for trading,? said Sanford.

?When you first start out you see a lot of people who start trading and quit too quickly, and really the time they quit is the time they're probably close to being a pretty good trader.?

He's traded for a total of 24 years, with 12 years of investing in stocks in the U.K. and United States before doing it full time. During those ?old days,? Stanford would look to the newspaper for insight. Now, it's all about paying attention to the movements as they happen. He stated day-trading commodities such as oil and gold as he became more active. The swing trading side of things takes ?care of itself,? he said. With his long-term holdings set aside, he began making a living day trading the markets. He most recently has gotten into the foreign exchange (FOREX) markets and currency futures.

?I think once you know how, you never go back to the old ways,? said Sanford.

Sanford noted that achievements will help boost self-confidence as one invests, and that having a plan of action based on those successes and failures is also key. Without goals, you can't get anywhere, he said.

Sanford also spends his time training for marathons in retirement. As a marathon runner, he compared the discipline needed in training to that of monitoring trades before he makes them. Part of that is knowing when to ?sit on your hands,? he emphasized. It's about know what your goal is in being successful.

?You've got to stick to your goals. You've got to get up in the morning as an athlete to go training, and you've got to put in the training?just like hours spent in front of the screen watching live [stock] action and not diving right in,? said Stanford.

Related: 9 Companies That Could Help The Smartphone Replace The Wallet

?And, you know, you make mistakes?you've got to fall over a little bit when you're learning to trade, just like you do when you're becoming a professional sportsman. You put the hours in; blood, sweat, and tears go in. And it's very similar like that when you're trying to become a profitable trader.?

Sanford mistakes have heaped bring him to the right places. His program "Trading with Colours" has gained him exposure that's translated into spots on Bloomberg and The London Business School. He also shares profitable trading strategies at various conferences.

?Hopefully the book will help people so that they don't go on and make the same mistakes that I did. It is about a normal guy that came out of sports and goes into the financial markets, and has been self-taught?and it talks about the normal guy on the street trying to do it as well,? said Sanford.

?Anybody can do it. You don't need a degree or university background. Anybody can go and be a consistent, profitable trader. That's it.?