Bankers beware: City will soon be run by robots 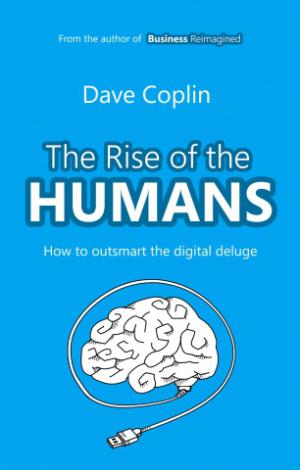 Robots will be running the City within 10 years, rendering investment bankers, analysts and even quants redundant, it has been claimed.

Artificial intelligence is about to outpace human ability, according to Dave Coplin, a senior Microsoft executive. Computers will not only be able to undertake complex mathematical equations but draw logical, nuanced conclusions, reducing the need for human interference, he said.

This will render certain professions redundant, while other ?human only? skills will become increasingly valuable.

?I believe in Moravec?s Paradox,? Mr Coplin, Microsoft?s UK-based chief envisioning officer, told The Telegraph, referring to the Eighties hypothesis discovered by artificial intelligence and robotics researchers. ?This states that what we think is easy, robots find really hard, and what we think it really hard, robots find easy,? he said. ?Complex maths equations are hard for humans but take nanoseconds for a computer, but moving around and picking things up is easy for us, while being almost impossible for a robot.?

Meanwhile, he said, professions currently viewed as commodities will become specialist human skills. ?It would be hard to train a robot to be a nurse, or even a chef, but the City could be run by algorithms,? he said. ?People who use their hands will have jobs for life.?

Algorithms are already commonplace on City trading floors, and are used in many industries, from online retail to internet dating. High-frequency trading, governed by algorithms, is already one of the most profitable trading classes. But, according to Mr Coplin, in 10 years people will no longer be required to manage these algorithms. Decisions will be taken directly by the artificial intelligence.

?Everyone thinks of Terminator and Skynet [the computer that becomes self-aware and attempts to destroy mankind in James Cameron?s 1984 film] when I start talking about this, but technology affords us a tremendous opportunity to play to our strengths as humans, and stand on the shoulders of robotic giants,? said Mr Coplin.

Microsoft has tasked Mr Coplin with exploring the new trends that will shape the world of work in the coming years.

?I am hunting for the game-changers of the next 10 years,? he said.

Mr Coplin believes that the rise of big data and innovations in the field of ?ambient intelligence? ? smart technology that responds to the presence of people ? are going to bring about radical changes in the workplace.

?I call my mobile a smartphone but even though it has information about where I am and who I speak to, it doesn?t do anything with that information. It doesn?t deliver a service.?

In the future, ambient intelligence will allow devices to anticipate your needs and respond in real time. Your phone will send automated email responses based on keywords and contributing factors such as location, time of day, and calendar entries. ?Business processes will be increasingly automated, freeing up humans to do more useful things,? Mr Coplin said.

Big data is not a new concept but technologists are increasingly interested in finding new ways that these mountains of data can be read and interpreted.

Microsoft is an active participant in this field of research. It recently trialled a new feature for Skype, its voice over IP service, which allows users to select a language and translates their speech in real-time.

Social media is also changing the way organisations will communicate in the future, according to Mr Coplin, who has a vision of a transparent, digital corporate infrastructure, where emails, documents and spreadsheets are all accessible to and searchable by anyone in that organisation. ?Knowledge will flow freely, you will be able to see information even if you?re not part of the conversation. It won?t be locked up in teams of inboxes any more.?

Many of the new workplace trends may seem alien today but, according to Mr Coplin, ?This new technology will bring about cultural change.?