Q&A: Should you top up your state pension? The top-up scheme is attracting huge interest from savers. But is it the best for your money? by Richard Dyson 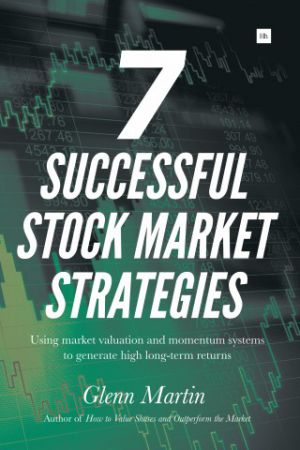 From October older savers will have the chance to make a unique investment: they can swap a cash lump sum in return for extra state pension for life. And they can do this even where they are already in receipt of the maximum state pension.
ADVERTISING

Sound a good idea? For some people, it will be.

But not everyone. You need to decide whether it?s the best choice for your circumstances. Since Telegraph Money?s previous article on the subject, on May 16, hundreds of readers have emailed and phoned with further questions. This piece sets out to answer as many as possible.

First, to qualify for the top-up, men need to have been born before April 6 1951 and women before April 6 1953. The transaction, if you decide to do it, needs to be undertaken between October 12 this year and April 5, 2017. The contact details for further information appear at the bottom of this article.

In exchange for a lump sum ? which depends on your age ? you can ?buy? extra state pension income for life up to a maximum of £25 per week. Readers who want to know what their own top-ups would cost can check gov.uk/state-pension-topup ? the Government?s own calculator.

? How state pension changes will affect you ? and your pension planning

The extra state pension you buy is taxable, along with other pension income, but comes with the perk that it will rise in line with other state pension payments. There is also a ?spouse?s benefit? of 50pc of the payment after the pension-holder?s death.

The broad rules of who will and won?t benefit

It?s like an annuity, so once you?ve paid, that?s it, you don?t get the capital back. As with annuities, the ?winners? are likely to be those who live the longest and who have younger spouses who can benefit, too, from the 50pc payouts after their ?other half?s? death. Non-taxpayers will do best, too, because do not forget the payouts are taxable like other pension income. A high inflation environment will also produce ?winners?.

?Losers? will be those who die soon, who don?t have a spouse to benefit after their death, and who pay tax ? especially at the higher rates.

If the latter criteria are likely to apply to you, there may be better homes for your money.

Mr Martin took the assumption ? based on Government figures ? that this man would live an average 22 years, to age 87. If he did so his return, after basic rate tax but excluding the effects of inflation, would be equal to 0.3pc per year on the original £22,250 investment. The return for a higher-rate taxpayer would actually be negative at ?2.3pc.

? State pension 'extinct in 30 years', warn one in six MPs

These seemingly meagre returns sum highlight the importance of taking into account the likelihood of your living a long life and, hopefully, having a spouse who in turn will outlive you.

In effect the difference between 0.3pc and any higher return you could obtain from Isas or other investments is the price you pay for the certainty of the lifelong income, the inflation protection, and your spouse?s benefit.

A selection of readers? questions are answered here by Malcolm McLean, an expert on the state pension system and a senior consultant at actuarial firm Barnett Waddingham.

Q I turned 70 in February 2015 and my wife was 63 in October 2014. What would I have to pay to buy the maximum top-up, how long would I have to live to make it worthwhile, and what ?annuity rate? would that represent?

A You will have to pay £19,475 to obtain the maximum top-up of £25 per week (or £1,300 a year). You would have to live approximately 13 years before your capital was effectively repaid to you in full, with the extra income generated then continuing in payment to you unabated throughout the rest of your life.

On an annual basis the top-up would represent an equivalent ?annuity rate? of some 6.7pc which for an inflation-protected additional pension with a 50pc spouse?s benefit on death is probably nearly double what you might currently get from a private annuity. In assessing the profitability of your investment, however, as with any conventional annuity purchase, you need to take account of the fact that you have handed over your capital at the start of the process. There could be tax implications as a consequence of exchanging capital for extra income in succeeding years.

Q I was born in 1941 so would be eligible. I currently receive a single person?s state pension but have substantial assets which bring in income. Would this top-up be based on what I currently receive, or does this not matter? What do you think I would have to pay in? I am disabled by severe arthritis and a few other problems, but hope to live for another 10 years at least.

A To get an extra £1 a week on your state pension would cost you £694. The maximum of £25 a week would cost you £17,350. How much you receive on your current pension does not affect this. Obviously the longer you live the more you stand to gain from your investment.

Q I will be 65 in December so appear to be eligible. However, I may not want to start drawing my state pension for a couple of years. I am a higher-rate taxpayer but will be retiring at about 67 (on current plans), after which I will drop down into the basic-rate band, so had been considering deferring the start of my state retirement pension until then to obtain an enhancement which, according to the gov.uk website, says my ?state pension will increase by 1pc for every five weeks you put off claiming. This is the same as 10.4pc for every full year you put off claiming.?

Do you know if one can combine these two options so as to both enhance the pension by buying extra units and then deferring it for, say, two years to further enhance it by another 20pc or so?

A There is nothing in the rules of this new scheme that would appear to prevent you from doing what you propose. The current 10.4pc increase for a year?s deferral of the state pension applies to the whole of the pension including any state second pension (S2P) which, technically, this new top-up is.

Q I am 77 and my wife is 78 in October, two months before me. She has a full state pension, based on her having paid the full ?stamp? when in employment. We have capital and would prefer that she should start as the person with the £25 per week increase in pension, with myself as the recipient of the continuing 50pc sum in the event of my succeeding her. Is this allowed by the scheme?

A Yes. Spouse?s benefits apply to both husband and wife.

Q I was born in 1947 so fit into the relevant category. But I am single. I imagine this makes no difference to how the proposed system will work, but as I have no spouse will I be able to nominate another recipient for the 50pc benefit on my death, or is this part of the offer lost to me?

A I am afraid the rules as they stand apply only to spouses but you can, of course, still join the scheme to receive extra pension for yourself.

Q What is the tax situation? Is there tax relief on my investment as in normal pension contributions? And will the extra pension income I buy be paid tax-free?

A The top-up will be paid as part of your state pension and will, as such, be subject to income tax in the normal way. Tax relief only applies to private pension arrangements and not, as here, to what are effectively National Insurance contributions.

Q How does one go about applying for this top-up? What do I do, who do I contact and when, about these additional voluntary contributions? MB, by email

A The scheme doesn?t officially start until October and further details will no doubt be published before then. In the meantime you are allowed to pre-register your interest in buying the extra income by visiting the website at gov.uk/state-pension-topup or by calling 0845 600 4270 or 0345 600 4270.