Royal Mail, Lloyds and RBS: Should you buy in the great UK government share sell-off? 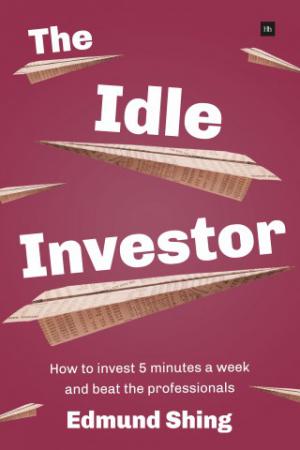 It's the great Government sell-off! Chancellor George Osborne doesn't want to hold on to Lloyds and RBS. Recall that Gordon Brown had to bail these High Street banks out in the midst of the Great Financial Crisis in 2008. Did you know that the Government still has an 80% stake in RBS?

Gorgeous George also wants sell off the Government's final 30% stake in Royal Mail as well. This would be worth potentially some £1.5bn (?2.04bn, $2.3bn) at today's 493p share price. As the Tesco ad goes: "Every little helps!" In this case, every little helps to reduce the UK government's colossal £1.56 trillion debt mountain.
ADVERTISING
Government stakes are worth around
Figure 1: Government stakes are worth around £46bn(Source: Author, Financial Times)

You can argue that Osborne has done a good job so far in his share dealings for the Government. He managed to sell the Government's 40% stake in the cross-channel train service Eurostar for £585 million. This was more than twice the amount originally expected.

How much would selling all remaining shares in Lloyds, RBS and Royal Mail make? At current prices, the Government could expect to pocket around £46bn (Figure 1).

But this would not be all good news. After all, the Government spent £46bn to bail out RBS back in 2009. Selling its 80% RBS stake at today's share price would only raise £33bn, a total loss of £13bn for the taxpayer.
Royal Mail: A strong FTSE 100 debut and three reasons to buy

Royal Mail (code: RMG) came to the UK stock market in 2013, at an initial share price of 330p. Shareholders who bought at the Initial Public Offering (IPO) are now sitting on a gain of almost 50%. Over that period, Royal Mail has beaten the FTSE 100 index by a very wide margin (Figure 2).
Royal Mail Up 50% Since
Figure 2: Royal Mail up 50% since stock market debut(Source: Bloombeg)

You might wonder whether there are still reasons to buy Royal Mail shares after such strong performance. Even at today's 493p share price, there are three good reasons for thinking that Royal Mail could still be a good investment.

Firstly, Royal Mail is a solid income payer, giving a dividend yield of 4.4%. That is already a lot more than you can earn from any savings account. On top, Royal Mail's dividend is expected to grow steadily over the next two years, so delivering even better income in future.

Secondly, Royal Mail has plenty of potential to improve its profitability. Today, it is still far less profitable than its competitors. Stamp prices were raised by 14p to 60p for first class and 50p for second class letters in 2012. This was a big boost to profits. Any further productivity gains could be worth a few hundred million pounds in extra yearly profits.

Thirdly, Royal Mail could unlock a lot of value from under-utilised property, particularly in London. By the end of 2014, Royal Mail had already sold some surplus assets in London for a total of £111m. Some analysts believe that they could realise as much as a further £1bn from other London properties. Now, the current stock market value of Royal Mail is under £5bn. So £1 billion from asset sales would represent over 20% of this market value, a big chunk!

Overall then, Royal Mail should be attractive to investors seeking regular income. They also have the added potential of an uplift in share price should the company sell more surplus London properties.
Lloyds Bank shares up 10% 2015
Figure3: Lloyds Bank share price up 10% over the last year(Source: Bloomberg)
Lloyds Bank: Phoenix from the banking ashes? Wait and see...

The Government have confirmed that there will be a retail offer for at least part of their 19% stake in Lloyds Bank (code: LLOY), to be sold off within the next 12 months. Hopefully this will be offered at a discount to the current 87p share price.

We should bear in mind that Lloyds shares have performed well this year, rising from a January low of 73p to 87p today, some 20% higher in just a few months (Figure 3).

Lloyds are in much better shape today than in the last few years, after intensive restructuring of the company. This has included the selling off of TSB as a separate bank, undoing the original Lloyds TSB merger that took place back in 1995.

Lloyds is another UK company that pays a decent income, offering a dividend yield of 3.9%. This dividend income is forecast to grow quite quickly over the next 2 years.

However, there are still potential problems. One is compensation owed to customers for mis-selling of PPI insurance policies. Last week, as a result of their poor handling of customer PPI complaints, Lloyds agreed to pay the Financial Conduct Authority £117 million.

I do not think that buying Lloyds shares today at 87p on the open stock market is the best option. Instead, I prefer to wait to see whether the Government will offer Lloyds shares at a substantial discount - that might be the best moment to buy in to Lloyds.
RBS: Buy, Marry, Avoid?
RBS shares below 2009-2010 price
Figure 4: RBS is still well below 2009-2010 levels(Source: Bloomberg)

And lastly, on to RBS. Unlike Royal Mail and Lloyds, the Government still own the vast majority of RBS, some 80%. As Figure 4 makes clear, at 353p today RBS is struggling to regain the 500p+ share price levels last seen in 2009-2010.

However, RBS has not recovered at all to the same extent as seen with Lloyds. RBS has made losses for each of the past six years, all the way back to 2009. 2015 will be the first year that RBS will actually earn profits. Coupled with that is a very low dividend, far lower than is on offer at other banks.

Unless you are brave, avoid. Go for Royal Mail or Lloyds instead.