To Really Understand Ben Graham, You Have To Meet The Whole Family 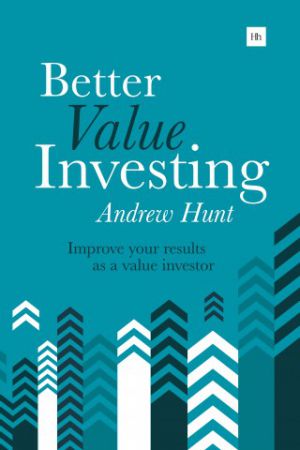 To Really Understand Ben Graham, You Have To Meet The Whole Family by Andrew Hunt, Better Value Investing, full bio below.

Ben Graham is widely known as the godfather of value investing; a man who has influenced countless successful investors through his teachings and books.

However, Graham?s classic works were not the last word on Value Investing. Since then, many investors, researchers and writers have taken up his ideas and developed them in ways even the Dean of Wall Street could not have imagined. All of these people have helped to bring to life many of Ben Graham?s ingenious ideas; such as margin of safety, intrinsic value and Mr Market.

In his writings, Graham hinted at many of these areas but it was up to others to really develop them.

In building a holistic understanding of value investing I find it helpful to think of it in terms of a family tree, with Ben Graham as the patriarch followed by several generations of children.

The first generation (the children) are those that applied Graham?s ideas.

These include researchers who have back-tested and proved up his theories on cheap stocks (such as net-nets and low P/B stocks). In Graham?s day, the computing power was not there to thoroughly check his quantitative theories. However, beginning in the late 70s with Eugene Fama and Kenneth French, many researchers have since found buying cheap stocks to be incredibly effective.

Then there are those who applied his ideas to new situations. For example investors like John Templeton showed how well value investing could work in International stocks, including emerging markets. Others, like Joel Greenblatt and Seth Klarman, applied the principles to special situations, such as bankruptcy securities, spinoffs and complex structures.

The final category of children are those who developed his principles of valuation. Many of Graham?s tools ? such as liquidation value ? were pretty crude. Investors like Warren Buffett and Charlie Munger refined them by applying additional factors ? such as franchise value, management quality and capital allocation ? in the assessment of intrinsic worth.

The next generation I call the grandchildren. While the children demonstrated and refined Ben Graham?s investing ideas, the grandchildren answered the question of why these opportunities exist at all. Graham?s observations often hinted at the human difficulties of investing (?the investor?s greatest enemy is likely to be himself?), but it was up to others to explain why.

The most famous explanation is behavioral finance. Behavioral finance is concerned with the instinctive biases that our brains use in making decisions. When lots of people fall prey to the same biases, the result is an undervalued or overvalued opportunity. Behavioral biases include things like recency bias (giving too much weight to recent events), over-extrapolation (believing a trend will carry on just because it has done) and herding (following the actions of others). Well known pioneers in the field of behavioral finance include Daniel Kahneman, Amos Tversky and James Montier.

A related and growing area is Neuropsychology. Neuropsychology explains how decision-making can become impaired due to chemical imbalances in the brain. For example, cortisol ? a natural chemical released in response to stress ? impairs the both the learning function and the ability to assess probabilities. While Dopamine can cause investors or traders to take on excessive risk. Writers such as John Coates and Jason Zweig have written authored some fascinating books, articles and YouTube videos applying neuropsychology to financial markets.

Alongside these mental models are institutional biases. Because most financial markets are now dominated by large institutional investors, their structures and biases can in turn create inefficiencies. These biases include things like shunning small or illiquid opportunities, selling holdings with headline risks, or groupthink caused by committee decision making.

A final cause of market inefficiency is reflexivity. Reflexivity explains bubbles and busts in terms of self-reinforcing flows of capital. For example, when investors and speculators threw money at the housing market, this pushed up prices and made it look like a safe and strong investment choice, thereby encouraging more people to push capital into the market and eventually create a bubble. When the bubble bursts, the same self-feeding spiral goes into reverse, with falling prices encouraging everyone to view it as a dangerous place and to withdraw their capital. The most famous advocate of reflexivity theory is the billionaire George Soros. Many of his big bets have incorporated reflexivity theory.

This is probably the youngest and most dynamic area and goes way beyond traditional investment theory.

It also encompasses a very broad range of theories and thinkers.

To take some examples, there are popular blogs like Farnam Street that focus on personal development and decision making, drawing on everything from Greek philosophy to Quantum physics. Then there are investors like Guy Spier, whose Book ?The Education of a Value Investor? deals almost exclusively with developing the right personality and temperament to invest successfully.

On the organisational front, some of the most successful long-term value investment firms have written extensively on how to create the right culture and attract the right clients to make value investing possible. Some of the clearest examples are Howard Mark?s memos at Oaktree, Seth Klarman?s writings and talks on his Baupost Fund, and Richard Lawrence?s presentations at Overlook Partners.

Still other investors have drawn on the positive psychology movement, which explains how an optimistic and happy mindset can lead to superior decision making, creativity and more rewarding relationships.

Other popular theories are Deliberate Practice Theory (Anders Ericsson) and The Growth Mindset (Carol Dweck and Angela Lee Duckworth). Both of these emphasise the importance of perseverance over many years, combined with tough feedback and challenge to drive continuous improvement.

Other value investors ? most notably Mohnish Pabrai ? have espoused using checklists as a key part of their value investing process. Checklists are an innovation borrowed from the airline industry and described by surgeon Atul Gawande in his best selling book, The Checklist Manifesto. Simple and objective checklists can be used by investors to cut out their most common mistakes and omissions.

Ben graham was quite a thinker ? a true renaissance man ? who has spawned this incredible family. Who knows what the great-great grandchildren will look like, and whether they will rely on human or artificial intelligence? Only time will tell.