Wheat and chaff in the IPO market 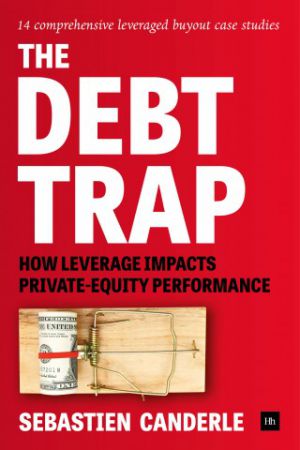 For the private investor, waiting for the latest initial public offerings is a bit like waiting to see what is on offer in the office canteen. There is no guarantee what exactly will turn up, the state it will be in and the kind of value it will present. All one can do is maintain a positive but guarded interest, and be ready to head elsewhere.

Lately, the pickings have been slimmer than expected. Financial services software company Misys Group decided at the end of October to pull a planned £5.5bn float, citing "market conditions", joining fellow flops TI Fluid and Pure Gym. Meanwhile, Biffa (BIFF), the UK's second-largest waste management company by revenue, floated at 180p per share, down a third from the top end of its desired range. It is currently trading at 175p. Lighting and wiring manufacturer Luceco (LUCE) fared better, opening north of 150p, where it is still trading - well above its 130p offer price.

The retreats came as some surprise give recent market highs. A few points here. The mechanistic re-rating of the stocks with a large proportion of dollar earnings does not tell the same story as an ebullient march among the UK's corporate giants. Strip out sterling's depreciation and investors' jitteriness is more apparent, and perhaps understandable given the government's hardened tone on the Brexit negotiations. Mark Evans, chief executive of O2 owner Telefónica, has admitted that this market "softening" and sterling's fall are hurdles to the possible flotation of the business next year.

A similar story had been playing out in the US, where market volatility meant a slow start to 2016 for fundraisings. According to Dealogic figures, the US market has seen 101 offers so far this year, tracking well behind the 159 in the same period last year, while the value raised has dropped by 38 per cent. The UK has seen 52 offerings (2015 YTD: 63), with the value raised down by 54 per cent.

But October was the busiest month for the US since June 2015, and technology stocks in particular have been flying. So does the thwarted return of Misys suggest there is not the same appetite on the London market for tech stocks? FreeAgent, which provides cloud-based accounting software to UK microbusinesses, will be another litmus test, having announced its intention to float on Aim this week.

Perhaps it is the history of the businesses that counts, rather than the sector. Misys faced criticism in the Financial Times for the impact on its revenue figures of switching its reporting currency. The company has also been in private equity ownership since 2012, since when it has built itself up through acquisitions and gathered a hefty debt burden. Assuming the business could have raised £500m via the IPO, its debt would have remained 3.5 times historic cash profits.

Investors have been burnt before. In his new book The Debt Trap. How Leverage Impacts Private-Equity Performance, Sebastien Canderle includes cites case studies such as DX Group (DX.) and Foxtons (FOXT) where investors ignored company history or small print at their peril.

As Mr Canderle relates, DX had a net debt to cash profits multiple above 6 times before relisting in 2014, which would have been nearer 11 times if some of the company's owners had not previously written down part of their loans. Investors effectively paid off the most costly of the remaining debt in exchange for a business with anaemic profit growth, culminating in a November 2015 warning that knocked almost three-quarters off the share price.

It's easy to look with hindsight, but investors did have some hindsight at the time given DX's brief previous history as a listed company before 2006 where similar problems were experienced, and clues in the IPO documents that volumes were slowing. With experiences like these, both institutional and individual investors can be forgiven for being a bit more picky about what they are being delivered.