The Populist Uprising By Tjbbe Hoekstra 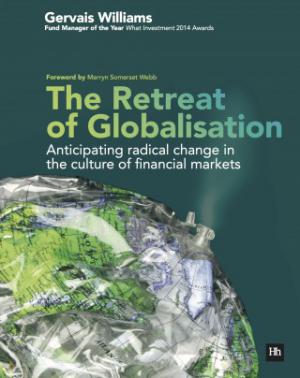 THE POPULIST UPRISING
By Tjbbe Hoekstra

Once the preserve of the left, anti-globalisation sentiment has crossed over to the mainstream. Is the populist swing away from globalism a blip, or something more permanent? And what will be the impact on investors?

For decades, the anti-globalisation movement has been associated with dissenting leftist radicals holding protests at meetings of ‘capitalist’ international organisations. These activists have now been joined by the masses on both sides of the Atlantic, who have given several displays of their dislike of globalisation through the ballot boxes in 2016.

Are we witnessing a watershed moment in history right now? And what would that mean for international companies and their investors, who have been the major benefactors of globalisation during the past decades?

Of course, not all who voted for Trump did so because of his anti-globalisation rhetoric. Some Brexiteers even saw their vote to leave the EU as one endorsing more globalisation rather than less. However, it is fair to say that disappointment with the impact of globalisation on their personal lives was a factor for many, if not most of the electorate that voted for Brexit and Trump. And the fact this antiglobalisation vote occurred precisely in the two countries that could easily be called the cradle of globalisation, is of course of high symbolic value.

The retreat of globalisation

“These recent two votes have cemented a trend. It could be a blip but I don’t think it will be,” says Gervais Williams, CEO of Miton, a London-based asset manager that specialises in investing in mid- and small-cap companies. Williams has just published a book on the topic, carrying the apt title ‘The Retreat of Globalisation’.

“There have been deep-seated changes in the electorate. I believe the direction of travel is clear,” he says.

It has been for a while. Populist, nativ ist political movements have sprung up all across Europe since the start of the century. In fact, the retreat of globalisation is already well underway: world trade has been growing slower than the world economy as a whole since 2008, breaking with a decades-long trend. Trade as a percentage of world GDP grew from 24.5% in 1967 to more than 61% in 2008. In 2016, it stood at 57.7% of GDP. (see ‘Growth of trade’ graph, opposite page)

Since the days of Adam Smith and David Ricardo, international trade has been con- sidered perhaps the most powerful driving force for GDP growth, along with technological innovation. Declining global trade has indeed historically been associated with a global recession. The Great Depression, the golden age of protectionism in the 1930s, is perhaps the most powerful example of that. There are certain parallels between the cur- rent political and economic environment and the 1930s, when nationalism and protectionism were also on the rise, as were certain politicians who exploited such sentiments.
“The memory of the 1930s is still there,” says Keith Wade, chief economist at Schroders. “People and trade protectionism very appealing because globalisation can indeed be so disruptive.”

While global GDP growth has arguably been muted in recent years because world trade has stagnated, it has still held up reasonably well. Equity markets, such as those in the US and the UK, remain at record highs. If the globalisation backlash we are witnessing now is indeed as much of a game-changer as Wade, Williams and many others believe, why are investors yet to feel the impact?

Part of the reason is of course that it takes time for protectionist measures from the likes of Trump to kick in and be felt. While the process of globalisation arguably has stalled, there have been no concrete attempts to roll it back as of yet. And many experts doubt that can ever really happen, as it’s difficult to entangle the dense web of global supply chains without disrupting economies. However, the case that deglobalisation is bad for the economy is not necessarily going to be as persuasive as one may think, especially if that case is made by experts, who are widely thought to represent the interests of the elite.
President-elect Donald Trump has been the most vocal Western leader when it comes to announcing protectionist measures, vowing to impose a unilateral tariff of 45% on goods imported from China. He may initially boost growth through growing private and public debt levels despite taking protectionist measures. But, as M&G’s head of fixed income Jim Leaviss noted on his Bond Vigilantes blog: “An increase in borrowing today by consumers and governments is merely stealing growth from the future.”

Regardless of the policies pursued by Donald Trump or a prospective nationalist leader in a European country, political risk will undoubtedly increase, as by definition is the case when the status quo is being challenged. Since the start of the second world war, it hasn’t been more difficult to predict the future than it is now.

“This increased political risk means there will be a greater risk premium in many sectors,” says Wade, who believes we just have to get used to politics driving asset markets.

“The healthcare sector in the US has for example become a sort of political football,” he adds. US healthcare stocks nosedived in the run-up to the presidential election as Hillary Clinton, who had said she wanted drug producers to cut prices, looked likely to win. After Trump’s victory, the sector made a strong recovery as the Republican candidate had vowed to abolish Obamacare. When Trump then backtracked from this promise and suggested he could introduce drug price caps, stock prices slid back again (see ‘US healthcare sector’ graph above).

Uncertainty means it will also be more difficult to predict future returns. Such an environment is negative for assets with long duration, be it bonds or equities, says Williams. “Therefore it seems appropriate to prioritise those companies with capital projects on short payback periods over those with higher internal rates of return that stretch off further into the future,” he adds.

A combination of populist fiscal policy and protectionism will also fuel inflation, another red flag for long-duration assets. “This could lead to a derating of company valuations and to a trade away from bond proxies to cyclicals,” says Wade.

Short-duration assets and companies with low investment needs could therefore be relative benefactors of deglobalisation. But overall, the e ect will be negative. “A retreat in globalisation probably won’t improve peo- ple’s lives,” says Williams. But protectionism would have an unintended consequence that could prove bene cial in the longer term: it would bring a recession closer, which is long overdue, believes Williams.

“I don’t want a recession, but it would invigorate the economy,” he says.

In his book, he claims that globalisation has distorted the financial ecosystem, in combination with the deregulation of financial markets which led to a credit boom. “Checks and balances in the economy have been muted because we have not had enough corporate decay. Many ine cient companies have been kept alive arti cially. Because of cheap credit and low interest rates, even marginal operations generated a return,” he says.

The credit boom has, until 2008, masked the fact that investors and the super-rich took the lion’s share of the economic benefits of globalisation. Real wage growth for the working and middle class in many West- ern countries has been stagnant for decades, while real incomes of the world’s top-1% have risen by 60% since the mid-1970s.

“Globalisation has helped companies to grow pro ts a lot more than it has grown wages,” says Wade. No wonder 60% of British people believe ‘ordinary people do not get their fair share of the nation’s wealth’, according to a survey by consultancy PwC.

“Public dissatisfaction is all coming back to stagnation of real wages,” concludes the Schroders economist. As long as living stan- dards were improving, as they did quite consistently across the Western world until 2008, workers could put up with rising inequality. But workers are facing a ‘lost decade’, with real wages now lower than they were 10 years ago, Bank of England Governor Mark Carney said in a recent speech. The last time something like that happened was in the 1860s, “when Karl Marx was scribbling in the British Library,” he added.

Unless we do something to address inequality, the populist revolt may put globalisation in reverse and will make all of us poorer, was his implicit message.