Mel McGee - Mum in a Million 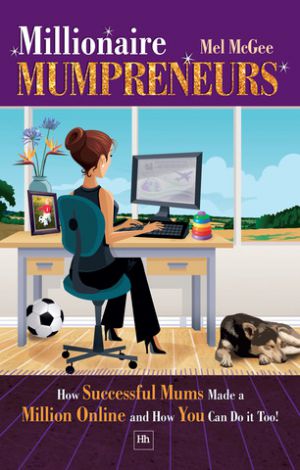 Mel McGee had a small daughter and a husband serving with the army in Iraq. As a sales trainer in a corporate job she was out of the home for 60 hours a week, returning to an overtired toddler.

?I took the minimum maternity leave, went straight back to full time work but I wasn?t happy,? she recalls. ?I was stressed, always rushing and Aimee, my daughter, was getting little quality time.?

When daughter number two, Emilee, came along Mel took maternity leave again but this time she also took stock. ?It was the first time I had stopped, had the space and time to really think where I was going to go from that point forward.

?I loved what I did but not being away from home for 60 hours a week .I decided that I wanted to carry on training, carry on coaching and, in particular, to help other mums.?

And that was how Mel McGee discovered the world of mumpreneurs, mums who make money from home, and made her business helping them to make a success of theirs.

Now with three children, her daughters aged eight and four and a son Mickey who?s almost three, Mel has in the past two years set up her supermummy.com business solutions website, written two books, the first The Ultimate Mumpreneur?s Guide To Online Business Success an Amazon best seller and the latest Millionaire Mumpreneurs chronicling the stories of mothers who have made their fortune in the virtual world, building businesses on line,

She has been on TV on the Michael Ball Show, is pitching a TV series to networks, has a following of 5,000 mums through her website and 500 members of her coaching programme,

?Next year is my tipping point, when I expect to be making at least as much as I did working full time but working part time, having freedom and the flexibility I need to be around to do the school run,? she says.

With a keen interest and training in neuro linguistic programming and the difference positive thinking can make, Mel also worked as cabin crew for Japan Airlines and believes the tremendous work ethic and self discipline which was the ?norm? in Japan was good training for running a business.

She wouldn?t necessarily advise other mums to throw in their jobs the way she did before starting out in business. ?For me it was all or nothing but there?s no reason why you can?t start up while you are working and do it without investing lots of money.?

Mel believes that the virtual business is a whole new model and one very suited to women. ?Women communicate well and naturally build relationships. Business is becoming more relationship focused, especially online where customers need to get to know you, to like you and perhaps most importantly to trust you.?

?Running your own business means you are in control. It?s empowering,? says Mel, whose case studies of successful mumpreneurs in her latest book offer role models aplenty.

?I don?t think women value what they have to offer highly enough,? she says. ?It?s important to build confidence, to put yourself out there, put up a fight. Going into business will be one of the biggest forms of personal development you?ll ever encounter,?

So does Mel always feel like a supermummy? ?Not every day,? she laughs, ?but I?ve achieved an awful lot in a couple of years. And there?s video. That?s huge and going to get even bigger. I?m increasingly working with video marketing.?

You sense a whole new string to her bow and a tune that sounds awfully like ?I did it my way?. And it may yet become mum and ?daughterpreneurs? as oldest daughter Aimee already has a head for business at the age of eight. She is making and selling hair braids and wants her own eBay account to sell toys she has outgrown.

If you would like more information about Mel and her books then visit her website at www.supermummy.com