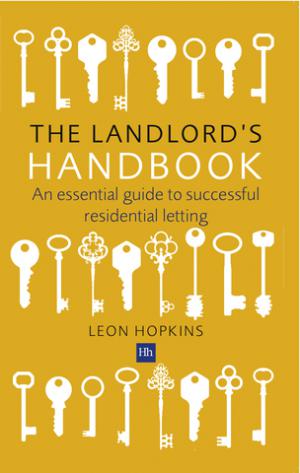 Harsh winters can be good news for energy companies and undertakers. By the same grim logic, the Coalition Government?s austerity drive may turn out to be not such bad news for the country?s 500,000 or so buy to let landlords.

The reason is that, under the banner of budget cuts, the Government is proposing what amounts to a revolution in the provision of social housing.

The rise of rental property

While owner-occupation has tailed off slightly in recent years (down from 70% of households in 2007 to 68% in 2008, for example), and the number of social renters has stayed more or less the same, the number and proportion of private sector tenants has been on the up. Between 1998, the low point, and 2008 the proportion of households living in private rented accommodation went up from 9% to just shy of 14%.

Much of this increase can be attributed to a change of attitude (or circumstances) for younger households, many of whom have found home ownership out of their reach (recent figures suggest the average age of first-time buyers is now 37). Between 1993 and 2008, for example, the proportion of households in the 25 to 29 age range doubled to 38%.
Of course many families would have liked to have moved in to social housing ? who can blame them, with rents averaging around half the private rented sector average ? but the accommodation was simply not available. In 2007/2008 there were 1.7m on the social housing waiting list.

Partly, it says, to deal with this under supply, and partly to bring things in line with a new, tougher, stance on social benefits, the Coalition Government is proposing a new strategy.
The Prime Minister, David Cameron, says the age of ?council houses for life? are over. New social renters will have less secure tenure. Not only will they not be able to pass on their tenancies to their direct heirs, but when they can afford to do so they will be expected to move on. And along with this, new social renters will have to pay up to 80% of the private sector equivalent.

The challenge for landlords

The problem, of course, for landlords, is that not all tenants will be able to pay higher rents. And with severe cuts in housing benefit and warnings that those receiving benefits should not expect to live in expensive city areas, there are already signs that there will be a shift in housing benefit tenants to properties in outlying districts, sometimes outlying towns ? where they will indeed have to ?get on the bus? if they are to find work. The worry is that they are simply being moved to areas where they will be relegated to a position of more rather than less state dependency, and less of it.

The implications for private landlords are many. First, they should reassess their property portfolios. There is likely to be an increase in the growing demand for private rented properties, but not necessarily of the type or in the locations that have previously yielded the highest returns. For example, with a cap being placed on the amount of benefits available to each household, large family units may not be a top priority.

Secondly, landlords will have to take even more care when selecting tenants, making as sure as they can that they will be able to meet their rent commitments.

Leon Hopkins is editor of www.residentiallandlord.co.uk and author of The Landlord's Handbook, published by Harriman House (www.harriman-house.com/thelandlordshandbook)