Bob\'s sold 43,000 items on eBay - including cars, sheds and even the kitchen sink 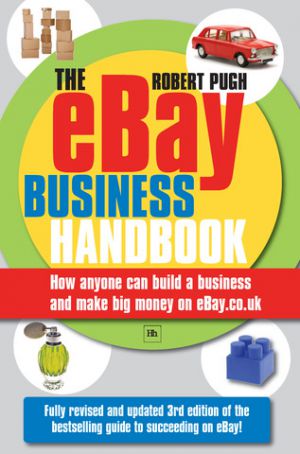 Bob Pugh confesses his house can resemble a cross between Del Boy?s flat in Only Fools And Horses and Arkwright?s store in Open All Hours ? which isn?t surprising considering the 46-year-old from Clacton-on-Sea has sold 43,000 items on eBay!

Bob is what?s termed a Power Seller on the Internet auction website. And, since leaving his well-paid job in corporate sales at BT back in 2003, he and his wife, Debbie, have earned a living running their own separate eBay businesses.

Bob specialises in toys, while Debbie?s meat and drink is cosmetics. Helped by their three grown-up children, each of the two businesses turns over around £65,000 a year.

With 14 million registered users in the UK alone, eBay is the world?s most popular sales site ? and there?s nothing about it that Bob doesn?t know.
His book, The eBay Business Handbook, is a bible for anyone who wants to make money out of buying and selling.

?I?ve always been a bit of a market trader,? Bob confessed. ?The reason I left BT was that I?d been promoted so often, I wasn?t working at the coalface any more and I was bored stiff.

?I had no intention of making eBay selling into a business when I started out.

?Like many other people, I just knew enough to sell the odd item I didn?t want ? old CDs, the extra toaster you got as a wedding present, that sort of thing.

?My advice to anyone who wants to make a small business out of buying and selling is to take it easy. Get a feel for it by starting on a small scale and working your way up. Get rich slow is my motto.

?I began working on the kitchen table, moved into the kids? play shed, then into a shed of my own. Now, I have a custom-built shed, slightly bigger than a garage, which houses a computer, a kettle and all my packaging gear.?
The first step for anyone wanting to make a decent amount of money using eBay is to source the products you want to sell.

?Nothing too heavy, or too large, as it bumps up postage costs,? said Bob. ?And steer clear of items that are fragile and could be damaged in transit.
?Having said that, included in the 43,000 items we?ve sold are two cars, a couple of garden sheds and ? quite literally ? the kitchen sink!

?As a family, we?ve always gone to car boot sales.

?These days, we take in a car boot sale every Sunday for seven months of the year.

?I would say that items we?ve bought cheaply at those sales earn us around £45,000 a year.

?If you go to a car boot sale in the spring, you pick up unwanted Christmas presents. Often, these are still unopened. We buy as many as we can.
?I?m a bit of a kid at heart, so my speciality is toys.

?I?ll take it home, put it in the washing machine and sell it for £5, maybe £10.
?People are into nostalgia, and you just have to learn what sells. The average price of the items I sell is around £7.

?We also hit the high street shops after Christmas when all the gifts are going cheap.

?We might clear out a branch of Boots of cosmetic gifts, store them for a few months, then put them on eBay in the run-up to the following Christmas.

?Similarly, we buy fancy dress costumes at Marks and Spencer?s sale and store them for next Halloween, or Christmas baubles from WH Smith. It?s very much a matter of timing.

?We also buy from market traders. From one, I bought a load of dog raincoats for 20p each because he?d been left with them on his hands.

?I resold them for £4 ? between two and three thousand of them! ?We also buy from eBay, then resell there because so many sellers either under-price their items, or sell at the wrong time.

?We actually bought our family car on eBay on an auction that was timed to end at 5pm on a Monday evening ? not a time when families are looking to buy cars.