Peter Kilfoyle: Lessons we should learn from an illegal and immoral war 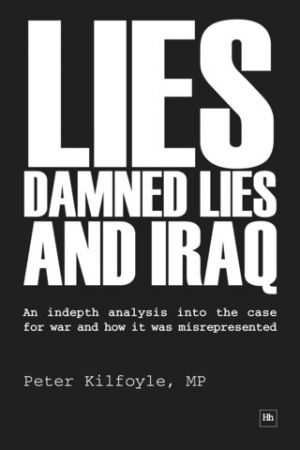 THE announcement of the long-awaited inquiry into the Iraq war is consistent with the war itself - confusing, partial, and replete with u-turns. That the inquiry should be secret was bad enough; the attempt to pre-empt its findings by the Prime Minister declaring that it should not "apportion blame, or consider issues of civil or criminal liability", was even worse.

This is hardly the stuff of accountability and transparency, words which have a totally different meaning for the establishment than they do for the rest of us. Nor did the proposed inquiry team inspire confidence. Sir John Chilcott, the chairman, is an ex-mandarin who sat on the Butler inquiry. He heads a gaggle of hand-picked people including a former ambassador, the chair of the Judicial Appoints Commission, and two historians, one of whom had contributed to Tony Blair's seminal speech in Chicago on intruding into sovereign states.

What is needed is a truly open and objective hearing. Only then will the proper lessons be drawn from this tragic experience.

We were told a variety of reasons why we needed to attack Iraq, not least their alleged possession of weapons of mass destruction, and their similarly alleged capability to launch mass destruction on us and our allies within 45 minutes of Saddam Hussein taking the actual decision.

This was total bunkum, and many of us said so at the time. We ended up with the infamous, sexed-up intelligence dossier. It was already known that the claim that Saddam was buying uranium from Niger was a fabrication. Likewise, the ludicrous 45 minute claim. The truth was that the US had long decided to topple Saddam (illegal under international law); and Blair, without reference to anyone, had committed the United Kingdom's support.

The problem for Blair was that he could not argue for an illegal regime change. For him, the fig leaf was a "real and imminent threat" from weapons of mass destruction. Critics might answer that Parliament agreed with him. Technically, that is true. The majority believed what they were being told, and rallied to Blair's cause on March 18, 2003, in the House of Commons. This gave Blair a pretence of legitimacy in his chosen path.

Perhaps things might have been different with a War Powers Act, analogous to that which operates in the United States. I doubt it ? there are none so fooled as those who wish to be fooled. Yet if such an Act was an outcome of the inquiry, never again would Parliament be able to hide behind the codswallop put out by the executive in justifying war. A real debate approving military action before it is taken will mean real responsibility for such action falling on the legislature rather than the executive.

Such an Act would also mean a far greater transparency, as well as accountability, in the executive. Parliament would surely demand it, given that it would collectively be legally responsible for declaring war.

The transfer of war-making powers from the Prime Minister to Parliament would be a very significant act in itself, but not the only practical outcome. Our defence posture has been almost antediluvian, based on Cold War exigencies, rather than present demands.

Tanks with filters which break down in the desert; guns which jam when sand is blowing on them; and vehicles which crack like eggs under the assault of improvised explosive devices. This is what our soldiers faced in Iraq (and now Afghanistan).

However, the challenge facing our military is about more than equipment. It involves effective training for the tasks set our forces. Training for Nato on the North German plain does not transfer to the deserts of Iraq or the mountains of Afghanistan. Preparation for combat with no longer existing Warsaw Pact countries is irrelevant when dealing with ever more sophisticated roadside bombs.

Given improvements in equipment and training, there is still the vexed question of overstretch.

Just how much can our forces achieve with decreasing numbers and increasing commitments? When do they get sufficient rest and recreation? How can hard-pressed units be given the appropriate training away from active operational theatres? All of this, and much more must be learned from their recent experiences.

Of prime importance is the political culture within which, ultimately, all key decisions on war and peace are made. Where spin ? and, at times, mendacity ? is the order of the day, the truth will suffer. Without truthfulness, decisions will be hedged by other considerations, including ambition and fear.

A truly objective inquiry will point out the ease with which those in senior positions in government, in the media, and in the forces, were able to convince themselves against the evidence of the justice of this war.

Thus, the very people who should have put the brakes on the rush to an illegal and immoral war, actually facilitated its implementation.

This moral failure at the very top of our civil structures is possibly the most instructive phenomenon of all.