Day trading: \'I\'ve had a good financial crisis. When markets are falling, spread betting is easy\' 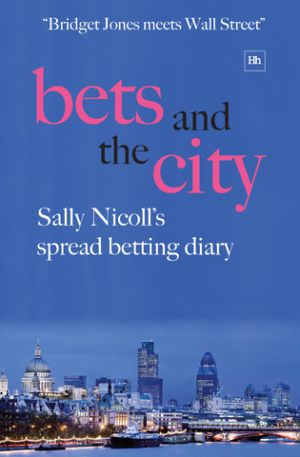 Day trading: 'I've had a good financial crisis. When markets are falling, spread betting is easy'

Sally Nicoll's spread betting career began with weeks of losses. She explains how she learnt to become a successful trader.

Sally Nicoll's father taught her to gamble on the horses when she was just five years old.
"Fast forward to 2004, and I happened to read an article about a couple of people who made £1m in eight weeks of successful spread bets," she says. "It seemed that all you needed was a computer and a broadband connection. I had both."

In the early days Ms Nicoll lost money for weeks on end. She says the losses grew because she was too stubborn and would sit on losing positions telling herself the market would recover.
"It just meant I lost more," she says. "And I insisted on trading without a 'stop loss', which was a big mistake." Stop loss orders limit the risk by effectively taking the better out of the market if it moves against them.
"I remember losing £4,000 over a couple of weeks," she says. "But fortunately my dad taught me that you never gamble with money you can't afford to throw into the gutter, so it's not like I was risking the mortgage money."
Ms Nicoll, who has written Bets and the City, a diary of her experiences, decided she either had to walk away or really learn how to trade better. "I've never been a quitter," she says. It is all about research and calculated risk, she explains, comparing spread betting to taking a bet on the Grand National.
"Tons of people take a punt on the National and the Derby just for fun. They pick the horses according to the colours, the price or just the nag's name," she says. "Most of them lose. But there are those who do their homework ? study the form and get the inside scoop on the runners and riders.
"They bet selectively and aim to win more than they lose. It's not gambling. It's not investing. It's trading."
Although she now researches her trades thoroughly she says the notion that in order to be a good spread better you have to stare all day at dozens of screens showing market fluctuations is a misconception.

"Most spread betters have done that, especially in the beginning, but there's no need," she says. "If you're well organised, you can automate your trades by, for example, deciding in advance the price at which you will buy or sell, and place a limit order to specify the point at which you'll take a profit."
Ms Nicoll now organises trades at 7am and then forgets about them until she logs on to her account in the evening to discover how much she has won or lost.

In terms of individual trades, she has made a lot of money from betting on Apple computers, selling Barclays and buying and selling oil. "Buying, and then selling, oil seemed so easy at times that even Dow Jones ? my dog ? could have placed winning trades," she said.
"I've had a good financial crisis. When the markets are going down day after day, spread betting is easy. You place sell trades, and I still smile every time I walk past a branch of Barclays."
Ms Nicoll says that she rarely gets as excited as she used to in the early days, but only because in the beginning she did not really have a clue what she was doing so every win seemed like a "happy miracle".

Now every time she places a trade it is based on research rather than a hunch and she is only prepared to risk 2pc of the money in her account, and she has an exit plan.
"When everything goes right, it's not really a cause for celebration," she says. "It's just what was meant to happen."