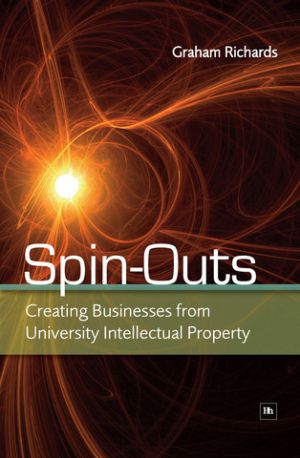 "The chemist Graham Richards, who made millions from research, tells Linda Nordling why he owes much to Margaret Thatcher.

Graham Richards never had a grand plan to make money from his research. It just happened. "I'm a great believer in the cock-up theory of history," he says when we meet to discuss his new book about university spin-outs. For example, he says, his birth on 1 October 1939 meant that he missed having to do military service by one day. "Had I done military service, I may not have ended up doing a PhD," the recently retired head of chemistry at Oxford University explains. He might also not have been one of Oxford's first chemistry graduates to use a computer.

In either case, he would not have founded Oxford Molecular, a scientific software company that at its peak was worth ?450m, or helped set up Isis Innovation, Oxford's technology transfer company that has brought around 60 spin-out companies into existence, generating tens of millions of pounds of income for the university.

His new book, Spin-Outs: Creating Businesses from University Intellectual Property, is ... an account of his own successes and failures that he hopes will encourage others to have a go. "I try to show that you can do this without prostituting yourself, without giving up on academic values - and that it can be a lot of fun," he says.

The good news is that there is a growing interest in spin-outs among chemistry students. One reason, he says, is that the large drug companies are laying off staff, making them less attractive employers. Students also increasingly want to be more than a cog in a corporate machine. But equally important, Richards says, it allows them to stay close to the university. Of course, he admits, seeing their professors driving fancy cars doesn't hurt. "They think, if that idiot can do it, so can I!"

Richards has a final warning for those expecting spin-outs to be a land of milk and honey. When the bottom fell out of the biotechnology market in the late 90s, Oxford Molecular took a tumble. "The short story of Oxford Molecular is that we started with £350,000-worth of venture capital. We took it up to £450m, and then we screwed it up and we sold for £70m," he says. "So we didn't do everything right, and I wanted to get that across to people. You are not guaranteed to succeed."

Still, by the time it was sold, Oxford Molecular had made the university £10m. At its peak, the firm employed 400 people and held 25% of the word bioinformatics market. Not bad for a lucky break."