An antidote to conventional wisdom 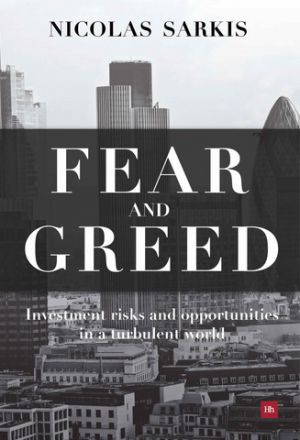 Nicolas Sarkis isn?t afraid to make bold predictions. The stock market is in the middle of a ?lost era?, he claims. During these periods, ?equities can easily struggle for a decade and a half, until they become genuinely cheap once more. I believe that we may still be some way from reaching that point?.

That?s how Sarkis, the founder of advisory firm AlphaOne, opens his book, Fear and Greed: Investment Risks and Opportunities in a Turbulent World. The rest of the book is a guide as to how investors can seek out and obtain better returns in such a lost era. Along the way, he also touches on some wider financial issues, such as the implications of the moral hazard created by the bail-outs, and the likely future of central banking.

The strongest sections of the book are chapters 3, 4 and 5, which deal with gold, emerging markets and economic crises respectively. Sarkis is bullish on gold, and particularly likes the fact that it has had a low correlation with equities, making it ?a great asset for balancing out risks on equity investments and vice versa?. Indeed, be believes that ?almost every investor should consider holding gold in some form?.

The section on emerging markets is refreshingly honest. Most authors writing on this topic are bulls on the Brics, but Sarkis is much more bearish. Although valuations are not excessive relative to earnings, Sarkis believes that there are large downside risks in these markets. He also challenges the sloppy thinking that many China bulls are prone to, such as their faith that central planning can tame the economic cycle.

There?s also a very useful look at past economic crises in Mexico, Russia and Argentina. In all three countries, fixed exchange rates plus poor fiscal management resulted in severe problems. In the end, recovery only took place after all three had devalued, while Russia and Argentina also defaulted ? both of which hit creditors hard. For Sarkis, this demonstrates the importance of national currencies as safety valves.

Yet, strangely, he is unwilling to apply these lessons to the euro crisis. Indeed, he claims that a Greek and Portuguese exit ?could create problems at least as serious as those from which they are already suffering?, arguing that default would lead to those countries being shut out of debt markets ?for many years to come?. This is despite the fact that borrowers quickly started buying Russian bonds soon after the 1998 crash.

Regardless of whether you agree with all of Sarkis? views, he?s a useful antidote to much of the conventional wisdom out there, and his book has already picked up several plaudits. Giles Whittell, Washington correspondent for The Times, has even compared it to the work of Michael Lewis. This goes a little too far ? Lewis is a better storyteller. However, even if Sarkis doesn?t have as strong a voice as Lewis, he is an original thinker, which is always enjoyable to read. More importantly, he provides a wealth of detail and historical context. If there is one lesson that readers can take from this book, it?s that many of the problems facing the global economy today have been faced ? and overcome ? before.