A Blueprint for Better Banking 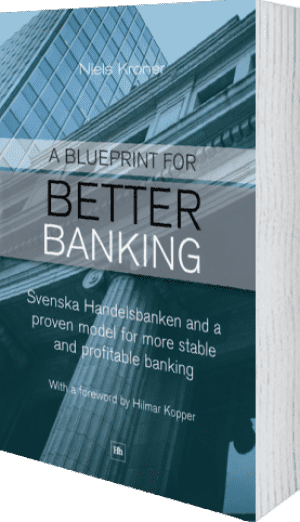 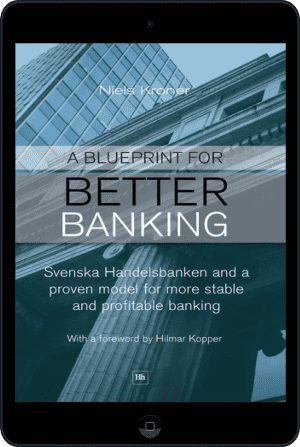 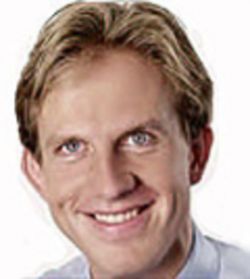 Dr. Niels Kroner has worked for a number of years as a management consultant in the Financial Institutions Group at McKinsey & Company. He has also served as a director for corporate strategy at Barclays and, most recently, as senior financials analyst for a large London hedge fund. Niels was born in Hamburg and studied at Oxford, Hamburg and Stanford. His academic work in empirical accounting ... Read more on Niels Kroner

'A Blueprint for Better Banking' takes a fresh look at the financial crisis. It sets out to answer specifically what the mistakes were that banks made and how this could have been avoided. What is unique about this book is a detailed description of a large bank that operates very differently from its peers and that has, as a result, steered clear of the areas that have brought many other banks into trouble. This provides a number of insights into how a more resilient, post-credit crunch banking system should look.

The first section begins with an overview of existing explanations of the crisis and why they remain partly unsatisfactory. It then sets out an alternative framework based around seven behavioural patterns of imprudent banking. These 'Seven Deadly Sins' have caused most banking crises, including the current one, and while they come in different shapes and forms they remain essentially the same. This book examines why they remain extremely tempting to bankers, often with the enthusiastic support of their shareholders and no meaningful objection by regulators.

The second and main part of the book is a new and extensive description of the management practices at Svenska Handelsbanken, one of the top 25 banks in Europe. It not only survived the Swedish banking crisis in the 1990s without asking for support, but it has also remained stable during the latest crisis. Handelsbanken did not have to raise capital or ask for government support and its shares have been the best performing European bank stock by a wide margin.

The bank has traditionally been run by management practices that are diametrically opposed to so-called 'best practice' in the industry. The book investigates how Handelsbanken operates without bonuses and examines their unique organisation, strategy discussion, risk management and capital markets communication. In effect, the book describes how Handelsbanken ensures that it does not fall for any of the Seven Deadly Sins. Niels Kroner has conducted over fifty interviews with Handelsbanken executives and competitors, and also draws on his inside experience of many other institutions to bring out the important differences between the 'Handelsbanken way' and common practices at other banks.

The final part summarises what other banks and financial institutions can learn from Handelsbanken and how its model may offer a solution that other potential regulatory changes may not.