John Maynard Keynes, 1st Baron Keynes, CB, had a critical influence on 20th and 21st-century macroeconomics. Born in 1883 in Cambridge, he lived through 62 years that saw the world undergo revolution, global war and unprecedented social change. A proponent of government intervention through economic policy, in which governments would deploy monetary and fiscal initiatives to reduce the vicissitudes of business cycles, his ideas were at the forefront of how numerous countries organised themselves economically for a significant part of the 20th century.

In 1999, Time magazine placed Keynes as one of the 100 most important and influential people of the 20th century, remarking that: "His radical idea that governments should spend money they don't have may have saved capitalism." 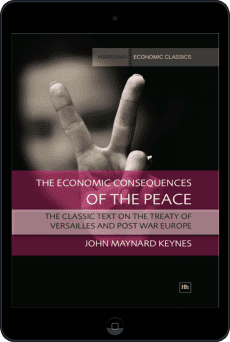 The Economic Consequences of the Peace
From £1.99