Book Review: Fox, The Myth Of The Rational Market 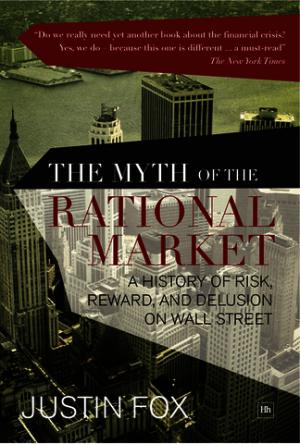 Justin Fox's The Myth of the Rational Market: A History of Risk, Reward, and Delusion on Wall Street (Harriman House, 2009) isn't exactly hot off the press, but I discovered it only recently. It's a fast-paced history, replete with interesting (sometimes chatty / catty) details, of theories about the financial markets from Irving Fisher to Robert Shiller.

The unifying theme of the book is the rational market hypothesis, but don't worry if you've read more about efficient and inefficient markets than you yourself can rationally justify. Don't worry if you're bored with CAPM or option pricing or if you can, practically in your sleep, recount the demise of LTCM in all its gory details. You won't be able to put Fox's book down. He combines journalistic prowess with academic rigor to tell a captivating, and important, tale-one that investors and traders ignore at their peril.