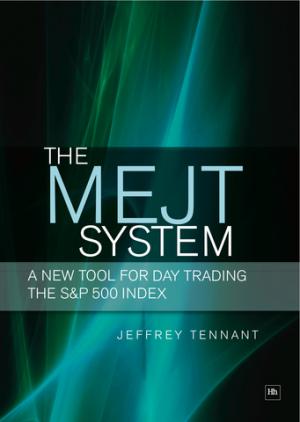 The Jeffrey Tennant Interview - Author of The MEJT System: A New Tool for Day Trading the S&P 500 Index talks to Kenny of www.tradersdaytrading.com about his new book and tells us a bit more about the MEJT system.

Kenny: Hello Jeff and welcome. First of all, please tell us a bit about yourself and your trading history?

Jeff: I am a private investor from Long Grove, Illinois (a Chicago suburb) and I have been interested in technical analysis of the stock market since 1979. I have done both long term investing (mostly when I was younger) and short term trading (more so now that I am older.)

Kenny: How long have you been trading/investing and how did you get interested in it?

Jeff: My father and mother talked stocks at the dinner table from the time I was a small child. I considered it a normal part of life and was taken a bit aback when I first found out that other families talked about other things, like sports.

Kenny: Congratulations on the publication of your new book MEJT System: A New Tool for Day Trading the S&P 500 Index. How did you discover the MEJT System and why did you decide to write the book?

Jeff: I knew that other traders whom I respected tended to make predictions the same time every morning. I decided to look at price actions during those times to see if I could figure out their system. Instead, I came up with a different system, the MEJT System, in which it was a different time of day that was the most important.

Having come up with a system for trading the morning, I decided to see if a similar pattern was present in the afternoon. Fortunately, it was.

I have investigated a number of proprietary technical indicators in my life and most of them aren't really helpful. The MEJT System was one of those rare instances in which my first guess was right on.

Kenny: Jeff, tell us a bit more about the MEJT System. Besides the S&P 500, what other markets is it suitable for trading, what indicators is it based on, does it give precise signals and targets and do we still need to apply stop losses?

Jeff: The MEJT System assumes that price action during certain times of the day can help one predict what happens in the future. I cannot say why it works only with the S&P 500 or why it works at all. However, I believe it works because big money tends to make its moves at a consistent number of minutes after the open and at a consistent number of minutes after lunch.

The system identifies which moves have staying power and which do not. It identifies support and resistance levels which I cannot duplicate using more conventional forms of analysis. It makes sense of afternoon trading, which has a reputation for being unpredictable.

Kenny: How easy is the system to learn, is it suitable for a beginner trader, or is there a certain amount of interpretation and skill required to implement it successfully?

Jeff: I think the principle is fairly simple. I would be surprised if anyone took very long to learn some of the useful parts of the system. It might take a bit of practice to recall all the rules, but one need not use all the rules to improve ones trading.

Kenny: How successful is the MEJT trading system?

Jeff: The system has a very high success rate. The failures tend to be bunched together during brief periods of time. These times occur during major changes in trend or during strong impulsive moves. Other than that, the signals usually play out within days at most.

However, some failed targets print much later. There is support or resistance at those levels which amaze me even now, since the signal may have been given much earlier.

Kenny: What is the systems success rate and how did you back test it?

Jeff: I have a strong background in statistics, so I can tell you that most people misapply backtesting. I have been to any number of investment conventions in which people demonstrate a system which has been backtested for two years or so. What they do not tell you is that it is always possible to devise a system which works when tested on the data from which it was derived.

The proper way to backtest is to take ones conclusions and apply them to a different set of data. And that is where most trading systems fall apart. A notable example was the Dogs of the Dow strategy. I believe billions of dollars were invested according to its principles, even though it had never been used in real time. I was not surprised that it failed.

The MEJT system has generated over 3,000 signals in real time since I began keeping track in fall 2005. There are about 20 failures, most of which tend to be clustered together (and which one can consider signals in themselves since they identify changes in trend or strong impulsive moves.)

About 90% of the time, a target will print in its preferred time frame. Please note that not every signal is tradable and that the system does not give precise entries and exits. It gives price targets and support/resistance levels.

Eventually, the price targets will print over 99% of the time, although not always as soon as one would like them to.

Kenny: What can we learn from your book?

Jeff: One of the main advantages of the MEJT system is that it keeps one out of bad trades. One can tell immediately if a move has staying power (justifying jumping on board) or not (justifying looking for a fade). Preventing losses is just as important as accumulating gains, in my opinion.

Kenny: Jeff, thank you for talking to us about your book and the MEJT trading system. Is there anywhere that readers can see the MEJT system in action in live market trading?

Jeff: Yes, I post some signals intraday in the Traders Day Trading Forums where I am more than happy to answer any queries, and to help any readers of my book fully understand how to apply the MEJT system successfully.