He co-founded Singapore-based Aberdeen Asia in 1992, having been recruited in 1985 to manage Asian equities from London. Since then he has built the company into one of the largest managers of such assets globally. Singapore employs over 150 staff, while there are 65 investment managers stationed across the region, with offices also in Australia, China, Hong Kong, Japan, Korea, Malaysia, Taiwan and Thailand over which Hugh is in overall charge.

Aberdeen's regional funds have won many awards for performance over the years, including open ended and closed-end funds. Hugh is a regular commentator for the financial media. His early career included spells at Fidelity International and MGM Assurance.

Hugh graduated with a BA (Hons) in politics from Exeter University. 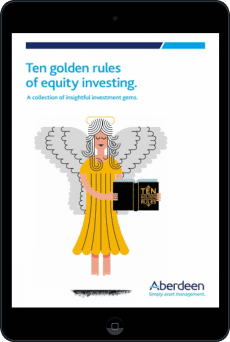