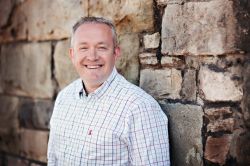 Pete Matthew is a happy and content husband and father of two teenage daughters, plus one canine daughter, a Jack Russell called Maisy. He plays piano and drums, and has recently taken up ballroom dancing lessons. He’s also a super-nerd, who likes nothing more than unboxing the latest piece of tech ‘guaranteed’ to make his life that little bit easier.

He is a Chartered and Certified Financial Planner and Managing Director of Jacksons Wealth Management in Penzance, Cornwall. Jacksons has been serving the financial planning needs of local families and businesses since 1923, surely making it one of the longest-established private financial advice companies in the UK.

In 2009, after reading a book called Crush It by Gary Vaynerchuk, Pete decided he wanted to take the message of simple financial planning to a wider audience. He began recording short videos in the Cornish countryside, answering questions such as ‘What is a pension?’, ‘What is an ISA?’ and ‘Why would you have one over the other?’

The videos gained some traction, but after creating over 300 of them, Pete switched to the emerging medium of podcasting in 2012, and that’s when things went a bit crazy.

The MeaningfulMoney Podcast has now been downloaded well over 1.5 million times, with over 265 weekly episodes in the can. He receives emails from listeners every day reporting how they have transformed their financial lives using the tools that Pete has provided via MeaningfulMoney.

Eight years on, the project continues to be a labour of love, and this book is an extension of that project. 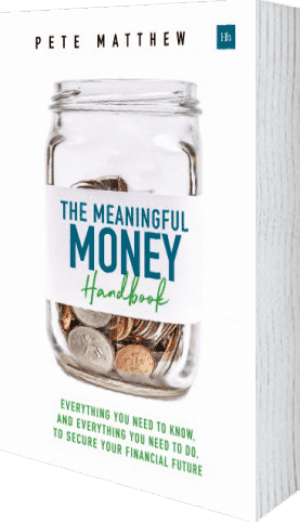 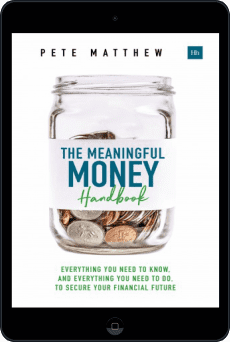 The Meaningful Money Handbook
From £9.99