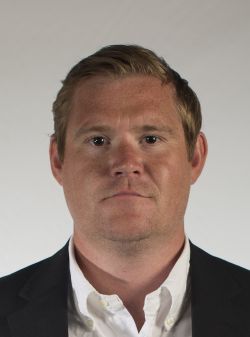 Steve Ruffley has been involved in the finance industry for 15 years. "If it's trading, then I've done it," is one of his favourite sayings.

Steve's career began placing investments for high net worth clients at PricewaterhouseCoopers. He was quickly hooked on the financial markets. After moving to Gibraltar, he joined the Marex trading graduate scheme.

Later, Steve took the opportunity to risk manage some of the best traders in the business at Refco. This was a high-pressure environment where he had to simultaneously monitor all the major markets and up to 40 trading accounts at a time. At one point in the risk room there were 28 screens for two people.

He then went on to run the live floor at Schneider, where there were around 144 traders. This was at the height of the prop trading boom. Over this period Steve had unparalleled access to the thoughts and strategies of some of the best traders around. He saw some common traits of success and also, more importantly, failure. Putting all this knowledge to use, Steve's next move was to start trading from home. Then, after a few years of lonely but successful trading, he decided that there was more to life.

He decided to turn his hand to education and teamed up with InterTrader (intertrader.com) to become their chief market strategist and head of education. "Those who can, do; those who can't teach," the saying goes. Steve decided to prove he could do both, in real time with real money.

Since 2010, Steve has presented nearly 1000 webinars on all aspects of trading and he has traded at over 150 live events, demonstrating how to make money in real market situations. To prove his teaching worked and in preparation for 'The Ruff Guide To Trading', he publicly traded a Â£5k trading account to Â£11k in 90 days. 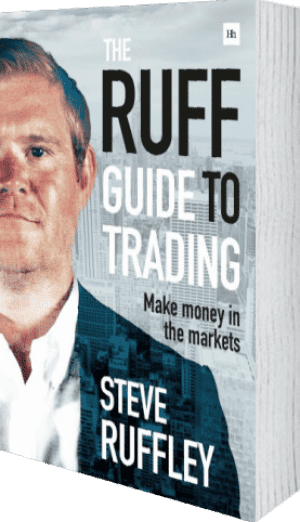 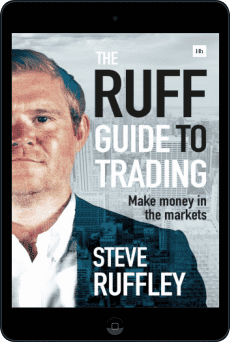