Doctors, Lies and the Addiction Bureaucracy 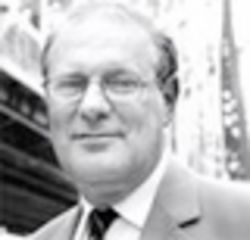 Chapter 2
The Literature of Exaggeration and Self-Dramatization

Chapter 3
The Show Must Go On

Appendix
A Short Anthology of Nonsense

Chapter 2
The Literature of Exaggeration and Self-Dramatization

Chapter 3
The Show Must Go On

Appendix
A Short Anthology of Nonsense

Almost everything you know about heroin addiction is wrong.

Not only is it wrong, but it is obviously wrong. Heroin is not highly addictive; withdrawal from it is not medically serious; addicts do not become criminals to feed their habit; addicts do not need any medical assistance to stop taking heroin; and contrary to received wisdom, heroin addiction most certainly IS a moral or spiritual problem.

Based on his experience as a prison doctor and as a psychiatrist in a large general hospital in Birmingham, Dr. Dalrymple argues that addiction to heroin is not an illness at all, and that doctors only make it worse. They deceive both the addicts and themselves by pretending that they have something to offer.

In this brilliant, entertaining and provocative book, Theodore Dalrymple explains how and why a literary tradition dating back to De Quincey and Coleridge, and continuing up to the deeply sociopathic William Burroughs and beyond, has misled all Western societies for generations about the nature of heroin addiction. These writers' self-dramatizing and dishonest accounts of their own addiction have been accepted uncritically, and have been more influential by far in forming public attitudes than the whole of pharmacological science. As a result, a self-serving, self-perpetuating and completely useless medical bureaucracy has been set up to deal with the problem.

With scathing wit, implacable logic and savage denunciation, Dr. Dalrymple exposes the mythology surrounding heroin addiction. Moving seamlessly between literature, pharmacology, history and philosophy, he demonstrates what happens when the nature of a social problem is so thoroughly misunderstood, and when human beings are regarded as inanimate objects rather than as agents of their own destiny. His scintillating, iconoclastic little book has an importance far beyond its immediate subject matter.

"Theodore Dalrymple is a brilliant observer of both medicine and society, and his book wittily engages with two versions of the current nonsense: orthodox medicine on drug addiction, and romantic poets on the wisdom you supposedly enjoy from getting high." - Kenneth Minogue, professor emeritus at The London School of Economics and author of The Liberal Mind

"A manifesto on addiction by a truth-telling psychiatrist who explodes conventional wisdom. With customary wit and literary forays into Coleridge and De Quincey, Dalrymple turns his raw experience into gems of clinical insight. Addicts are not passive, nor are they diseased; but they have managed, Dalrymple argues, to seduce a vast treatment bureaucracy into regarding them as medical victims." - Sally Satel, M.D., author of PC, M.D: How Political Correctness Is Corrupting Medicine

"This is unashamedly another plug for 'Junk Medicine: Doctors, Lies and the Addiction Bureaucracy' by iconoclastic doc Theodore Dalrymple, which I first reviewed back in January, and which our ...

"Theodore Dalrymple is a retired prison doctor and author of 'Junk Medicine: Doctors, Lies and the Addiction Bureaucracy'."

"For a very long time doctors who worked with drug addicts have stated that addiction to illicit drugs like heroin is not stronger than that to legal drugs like cigarettes. But this message has not ...

"This polemical text exposes what the author sees as the wilful misconceptions, lies and evasions of the past 200 years with regard to heroin addiction. Psychiatrist Theodore Dalrymple ...

"More to my taste, though, is Junk Medicine: Doctors, Lies and the Addiction Bureaucracy by iconoclastic doc Theodore Dalrymple. Almost everything you know about heroin addiction is wrong, he says. ...

We must kick our methadone habit- Theodore Dalrymple, The Times30th May 2008

All healthcare professionals need to engage in practive thinking when providing care. This engaging book will help them do just that.- Nursing Standard, February 2008

I was thoroughly enthralled by the absolute brutal honesty of this book.- Andrew Ian Dodge, Blogger News Network, 23rd August 2007

It is a taboo-shattering, sacred cow-slaughtering, myth-destroying little gem of a book.- Dominic Lawson, The Independent, 2007